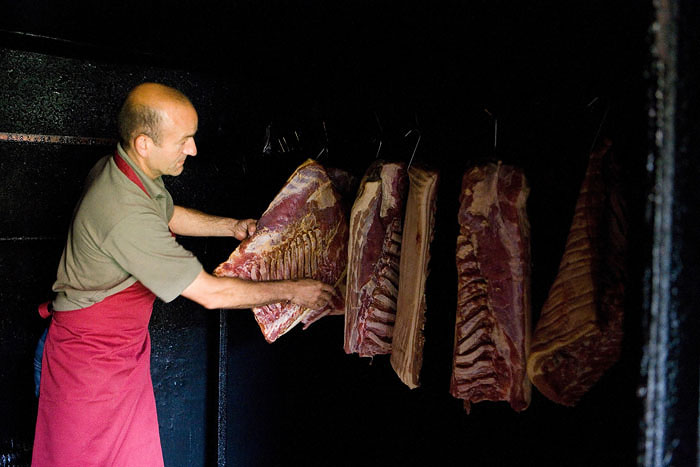 The Financial Times has named Lincolnshire’s Redhill Farm Free Range Pork as one of the five best bacon curers in the UK.

The FT article, written by cookery author and journalist Andrew Webb, said: “This Lincolnshire farm offers a range of bacon cuts you just don’t see these days. As well as back and streaky there’s middle bacon, which is streaky and back still connected together, and collar bacon, which is cut from the shoulder and possesses more flavour due to the darker meat and beautiful marbling of fat. All their (smoked) bacon is cold smoked for 17 hours over mature English oak chips.”

Redhill Farm’s founder and managing director Jane Tomlinson said: “We are honoured to be selected by the FT alongside some exceptional companies including generation curers, a Delia Smith food hero and a Royal Warrant holder. We are one of only a handful of producers in the UK to smoke bacon properly using oak chippings in our own brick smokehouse on the farm. The majority of smoked bacon available to buy has not been smoked at all but has had a ‘smoke-flavoured’ dye sprayed over it or has been injected with a smoke-flavoured brine.”

Jane and Terry Tomlinson and their small team smoke their dry-cured bacon using mature English oak chippings sourced from a Lincolnshire cabinet-maker. Wholes sides of bacon, hams and strings of sausages are hung in the brick smokehouse and cold-smoked overnight. The mature oak produces a lighter smoke which allows the natural sweet flavour of the bacon to be retained.

Redhill Farm Free Range Pork, which is a member of Great Food Club, is a small RSPCA Freedom Food accredited farm where good farming practices are at the heart of the business. Its pigs are naturally reared and allowed to root and wallow and grow slowly at their own pace. 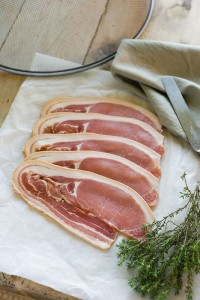