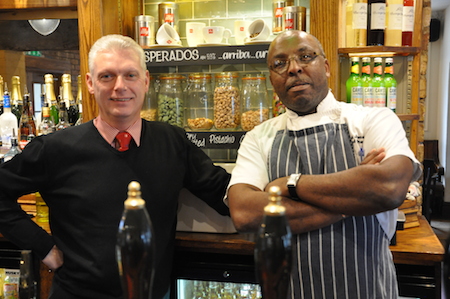 Brian Rigby is 50 years old and lives in Nottingham with his wife Hazel. His two sons, Samuel and Joshua, are both now at university. Since taking charge at The Stamford Arms – which was dramatically refurbished at the end of 2013 – the pub has moved into the family dining market, becoming one of the many successful pubs in the Everards portfolio.

What was your route into the pub trade?

“Up to the age of 25 I was a coal miner in Nottinghamshire. I worked at most of the local pits – Cotgrave, Moorgreen and Bentinck collieries to name a few. I suffered an injury whilst working on the coalface and my time in the pits came to an end, fortunately with a little cash in my pocket.

“That week I got my first motorbike and was prepared to set off for Dover – my plan was to jump on the best cruise liner in dock and work my way around the world.

“The night before I was going to leave, I went to a local pub – The Wolds in West Bridgford, Nottingham. It was rammed; two staff hadn’t turned up so I ended up collecting glasses and the landlord bought me a pint for my troubles. I called him a stingy git! Then he asked me what I was up to. I told him that I was planning to leave the country tomorrow. He said: ‘If you’re here at 8am you can be my assistant manager.’ I agreed and started to learn the trade.”

What other pubs have you worked at?

“I’ve run 17 pubs in total. After The Wolds I worked at the Malt Shovel at Shardlow; I’ve also been at The Bell in Nottingham’s Market Square (for six years – the longest I’ve stayed at a pub); The Horse & Groom in Newthorpe; The Blue Peter in Alvaston; Cafe Royal, Nottingham; Boulevard Chargrill, Beeston; The Willow Tree, West Bridgford and The Leicester Gateway, Leicester.”

How did you end up running The Stamford Arms?

“Before The Stamford Arms I was working for Greene King, and Hardys & Hansons before that. A couple of years ago I sat down with my wife and said, ‘I’m too comfortable’. I had a pension, medical insurance, a job for life, but the corporate side frustrated me. I was overweight. I wasn’t happy. 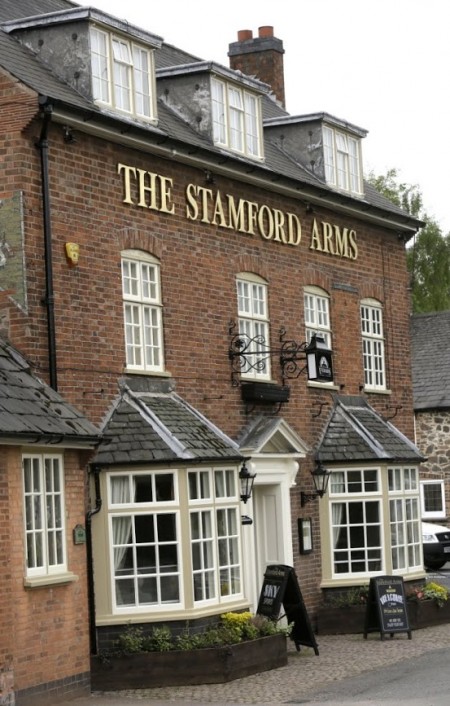 “I handed in my notice and it wasn’t long before I was talking to Everards – I wouldn’t go to another tenanted company – they are the best at what they do. The Stamford Arms was on the agenda and it was about to be refurbished. We agreed that I would effectively manage the pub during the development process and become a full tenant when it was completed. This was a challenge – Everards and I had a few ‘creative disagreements’ during the management process – but at the end of the day it’s been an amazing success and in December 2013 I became the full tenant. It’s going fantastically well. The way I see it now is that it’s Everards’ building, my business and the customers’ pub.”

Why are lots of British pubs closing at the moment?

“The question is: how many reasons are there to visit your pub? It’s all about increasing the number of reasons to visit. As the business owner, to succeed you also have to believe fully in what you’re trying to achieve.”

What are the biggest challenges of running pubs?

“Landlords tend to be bad at separating their personal life from their work life. That’s probably one of the biggest reasons why pubs fail. In my case, Brian the person is very different to Brian the pub landlord.

“The pub is the only trade where you go to bed on a different day to the one you wake up every day of the week. That’s hard. It’s easy to get drawn into what you perceive to be a pub, not what you’re customers perceive to be a pub. But you have to stay business driven and say to yourself, ‘This is where I’m going’. Don’t focus on why you’re not there yet, but rather on what’s stopping you getting there.” 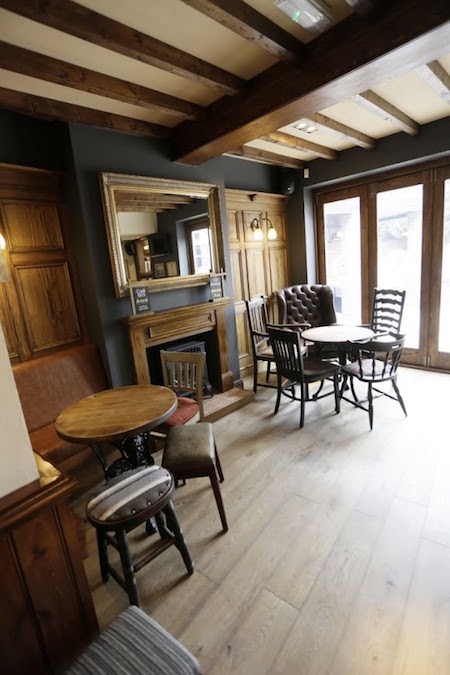 Inside the Stamford Arms

What are the first things you changed at The Stamford Arms?

“I removed both the handrail and footrail from the bar counter as part of a simple but effective mini refurbishment after I moved in. They were old icons from yesterday’s pub and created too much much polishing in the morning. Getting rid of them helped to show where the old Stamford Arms was and what was possible with a little work and vision.

“Later larger-scale work led to the maximisation of the pub’s square-footage through great design; it has provided The Stamford Arms with a sustainable environment for many years to come.

“By following the vision The Stamford Arms has been revitalised into a fantastic traditional local, catering for many different markets with an atmosphere that allows everyone to enjoy their visit. One of my key aims during the redesign was to hold on to our traditional customers and that’s exactly what’s happened.”

What do you love most about running pubs?

“I love hundreds of things about my chosen career. One of my mission statements is to make my pub the heart of the community – a pulsating organ of life. The more people who come through my pub, the more oxygen it gets, which makes it stronger.

“It’s also great to be able to reward customer loyalty; a good landlord remembers the little things – that birthday, that anniversary or that special occasion. Or sometimes just a good taxi number.”
__________

The Stamford Arms is part of the Great Food Club network