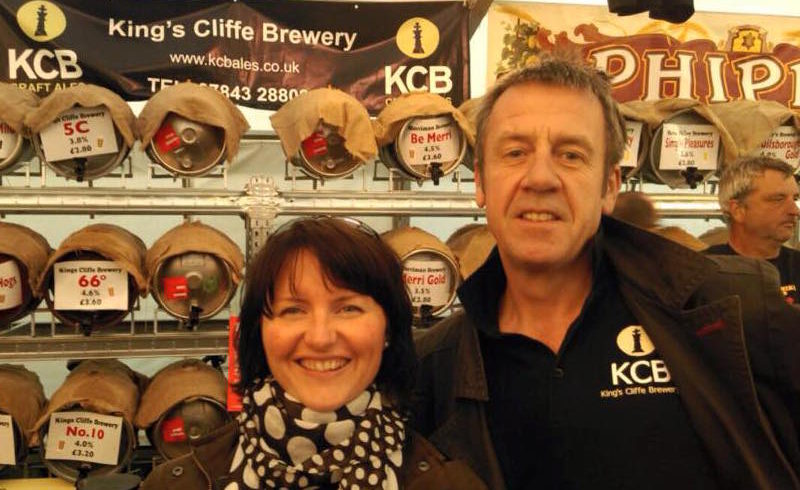 King’s Cliffe Brewery is proving that men really can multi-task after being shortlisted in the Northamptonshire Best Producer category in the Great Food Club Awards 2015.

That’s no mean feat considering Jez O’Neill set up the Northamptonshire brewery just over 12 months ago, and this one-man band is demonstrating that bigger isn’t necessarily better.

However, with many breweries constantly looking to expand, Jez believes the quality of his product will never be compromised as his beers continue to brew up a quality reputation.

“I’ve got no desire to change and lose control of the quality,” he said. “I don’t want to get bigger as I have four core beers that are doing well and I really enjoy brewing,” he added.

The five-barrel microbrewery is a welcome addition to the Northamptonshire scene, which for so long has been dominated by brewing behemoth Carlsberg, and O’Neill insists he is here for the long haul.

“I did a bit of brewing when I was 14 with my dad but then life and university got in the way,” he continued. “However, an opportunity came my way and I thought ‘I’ll take the plunge’ and haven’t looked back. The sales of craft beer are rising and I like to do things the right way. Quite a lot of breweries have ‘jokey’ names for their beers but ours mean something.”

5C, No. 10, P51 and 66° are the no-nonsense names (the meanings are on the website) and O’Neill is confident that it’s King’s Cliffe Brewery’s quality that shines through.

“The UK has more microbreweries per head than any other country,” he added. “People know what they are getting with my beer and I want to keep people involved. For example, I collaborated with the landlord of the Cross Keys in the village and produced a special beer for them, but their input was important.”

With no desire to open a tap house or micropub, it looks as though O’Neill is continuing with the modern mantra of small is beautiful in the brewing industry.

King’s Cliffe Brewery is a fantastic success story and who knows what the next 12 months will bring? Surely a contender for Northamptonshire Producer of the Year 2016 already!

Great news for our region after Pheasantry Brewery in north Nottinghamshire picked up a national CAMRA Gold Medal at the Great British Beer Festival in London. 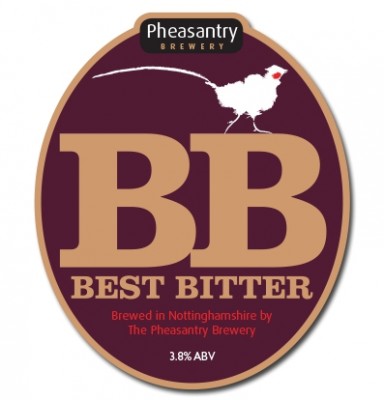 The East Markham brewery’s Best Bitter bagged the gong in the Bitter Category, meaning the brew is the finest Best Bitter in Britain, according to CAMRA.

There were also successes in our region for Derby’s Dancing Duck Brewery’s Dark Drake, which won a bronze in the Champion Beer of Britain category. And for Nottingham’s Blue Monkey Brewery’s Infinity, which pocketed bronze in Golden Ale section.

September 2015’s GFC Pub of the Month Award goes to an absolutely wonderful little boozer tucked away on the outskirts of Birmingham city centre.

The Lamp Tavern is a real gem on Barford Street, Highgate, and proves that a landlord makes all the difference to a pub. 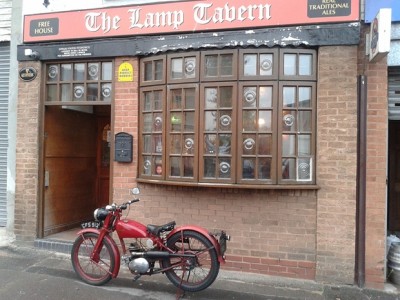 Eddie Fitzpatrick has been at the helm for over 20 years and this small, one-roomed bar that is jam-packed with memorabilia somehow manages to extend a warm welcome every time you walk in.

Whether it be pub comedians sharing their jokes, tips for the racing or just enjoying the craic, this bar is arguably the best in Brum and has remained staunchly to its roots despite the renovation ongoing in the city.

Oh yes, also worth a mention is the on-site brewery, Rock and Roll Brewhouse, which means there is always a cracking selection of ales.

Pint of the Month goes to Springhead Brewery of Nottinghamshire and its delicious Ginger Pig!

According to the tasting notes: “It is a pale beer based on a 14th century recipe that includes rosemary. It has a delightful flavour with a dry finish.” 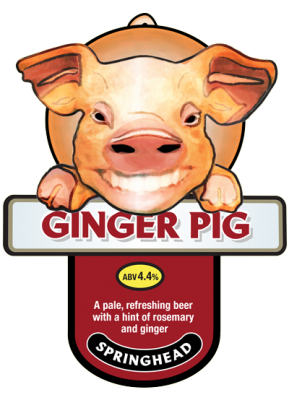 This seasonal ale is not a core beer of this Retford-based brewery but I am starting a campaign to make sure it is! Ginger Pig is a great pint with a real tang that goes down well at any time of year.

It might be post summer but the beer festivals are still coming thick and fast. The Rugby Beer & Cider Festival (September 18-19, Thornfield Bowling Club, CV22 5LJ) is themed with the rugby World Cup in mind and all games will be screened.