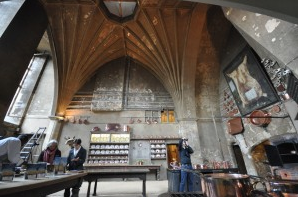 Yesterday I attended a fascinating photoshoot in the Old Kitchen at Burghley House, Stamford. I had organised the shoot for one of my monthly food-focused features for Stamford Living Magazine.

The photographer was the exceptional Andrew Brackenbury, and the shots on this blog are just my casual stills. Andy’s are much better! 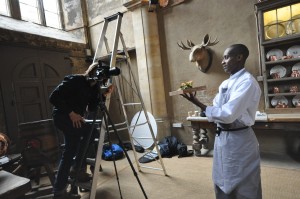 For the feature, Burghley House caterer Absolute Taste created a pie to an Elizabethan recipe. The filling comprised duck, chestnut and prune, and it was delicious. It will soon appear on the menu at Burghley’s Orangery Restaurant and also in the picnic hampers available for Burghley’s upcoming film festival (August 1-4). 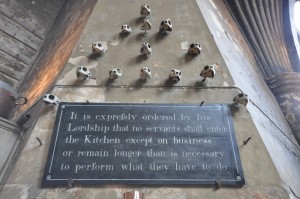 We wanted to show off the enormous scale of the Old Kitchen while also making the pie the star of the photo, something which Andy managed to achieve using lots of test shots and a large ladder. The sweeping stone ceiling, which looks cathedral-like and culminates in a central chimney designed to take away the cooking smoke, created various photographic challenges.

The full feature, including Andy’s spectacular photos, will appear in the June issue of Stamford Living. 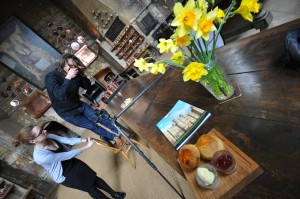 Andy zooms in on a pie 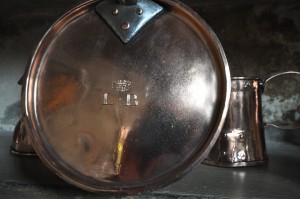 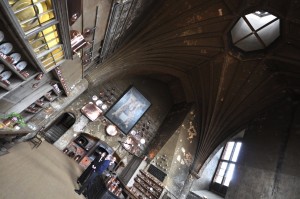 The scale of the Old Kitchen is breathtaking 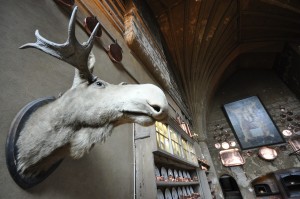