Blog: why our farmers’ markets must change 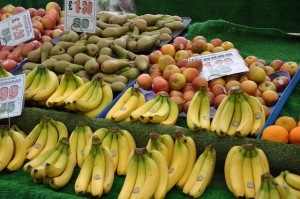 On the face of it, anyone interested in food, its production or provenance welcomes farmers’ markets with open arms.

The Farmers’ Retail and Markets Association (FARMA) states: “The prime aim of the market must be to develop a vibrant environment where consumers and producers are brought together and the farmers’ market principles are promoted and upheld.”

Well, I’ll tell you what, many farmers’ markets around here fail pretty miserably on the “vibrant atmosphere” front, and the level of choice is poor into the bargain.

This may seem selfish and lazy of me, but I want to be able to wander down to the market in the afternoon (hey, maybe even after 2pm!) to find a range of stalls selling meat, fish, poultry, eggs, veg and kitchen table produce.

By two in the afternoon most markets are half deserted with almost all the producers already packed up and ready to go.

When I say a range of stalls I don’t mean one of each, I mean real choice.

Here in the East Midlands we have a wealth of local produce. There are sheep everywhere you look, herds of dairy and beef cattle in every other field, pigs scattered all over the place. We have creameries for some of the best-known cheeses in the country if not the world, we have a dozen artisan pork pie producers. Small breweries, cider makers, even wine makers need more than one hand on which to be counted.

And yet when I’m out and about talking to these fine and hard working people and I ask which farmers’ market they attend they most usually answer “we don’t”. 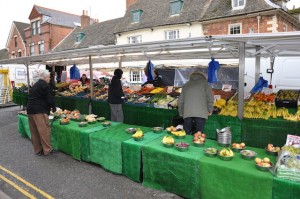 This is the point at which I get a bit spluttery. The markets are seemingly run in the “interests” of the stall-holders already attending, so second producers of the same or similar products are simply refused a stall. So the very thing I seek and crave from a farmers’ market is actively being prevented from happening by the market itself.

We have a situation where protectionism is spoiling the best chance markets have of actually generating a real buzz locally, getting people to get out of bed on a Saturday morning to come and see what the fuss is all about. If a market is not worth going to, people simply won’t bother, and people aren’t bothering. So the stall-holders pack up early, so I miss them completely.

Take note all you market organisers, you small and passionate producers. You need a critical mass of stalls to get enough customers. Allow there to be two or more producers of nominally the same thing (because you know as well as I that they won’t be the same at all), and stick it out for a bit longer in the day so us lazy arsed dads stand a chance of getting the makings of Sunday lunch all in one easy, vibrant even, late mid-afternoon shopping trip. 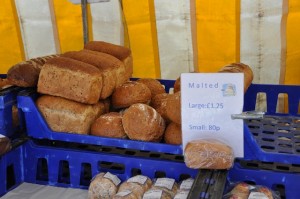