Join Free
We use cookies on this site to analyse traffic, remember your preferences, and optimise your experience. Find out more.
Okay
Recommended by our reviewers
Great Food Club Guide Nottinghamshire Edin’s Patisserie Bar & Kitchen 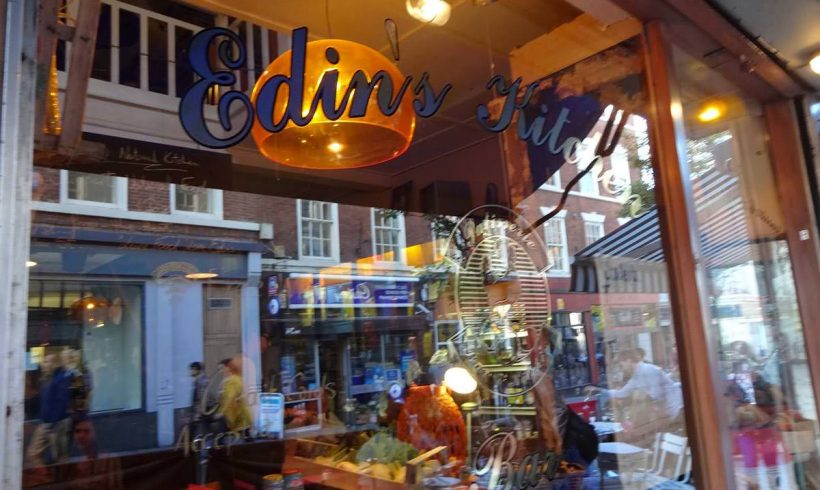 Quietly unassuming on the outside, Edin’s Kitchen is one of those hidden gems you stumble across and, once inside, feel as if you’ve just become part of a little secret.

Edin’s Kitchen is the second venture of Bosnian restaurateur Edin Gondzic (the other is Edin’s Deli Café on Nottingham’s Broad Street). It is a unique space, set in a former jeweller’s shop, and many of the original features remain, including the fascia board, the glass display cabinets, wooden window shutters and even the glass panel at the rear, which now has the kitchen behind it.

When we visited, some great jazz and blues were playing on the sound system, the quirky décor was gently lit by hosts of candles, and the vibe created by the boho crowd was quietly buzzy.

Fully licensed with a small, well-chosen selection of wines, the menu offers an eclectic mix of European and global dishes, including (on the day we visited) tempura zucchini flowers with tabbouleh, whole baked camembert, a full English or continental breakfast and some sublime tomato and basil soup.

Mains include dishes such as Lincolnshire sausages with a spicy lentil stew, lamb tagine, and roasted butternut squash and asparagus salad. A range of sandwiches and pastries is also available.

The prices are good value, with a two-course lunch available (at the time of writing) for less than £8. There is some seating outside, downstairs and upstairs on the balcony.

What a fantastic place Edin has created – we could have happily spent the day there.