Join Free
We use cookies on this site to analyse traffic, remember your preferences, and optimise your experience. Find out more.
Okay
Recommended by our reviewers
Great Food Club Guide Kent Haywards Farm Shop 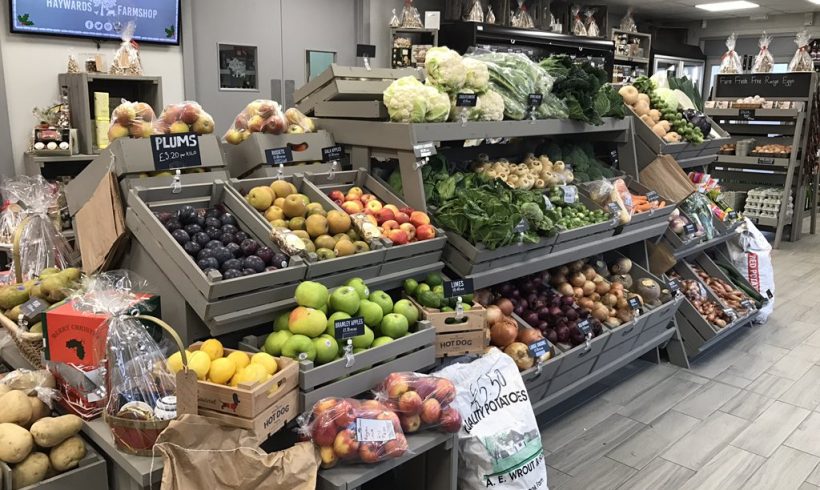 After establishing their well-received butcher’s shop in York Parade, Tonbridge, Haywards set up a second, slightly different outpost just outside of town near Hadlow.

Reflecting the more rural setting, Haywards have gone beyond offering a traditional butchery this time – their farm shop stocks a decent selection of local produce, from fresh fruit to preserves, cured meats to beer, and vegetables to ice cream. And it’s not uncommon to find odds and ends – like flour or hampers – knocking around the shop’s regular stock.

The butcher’s counter, though not enormous (your beef bones and pig’s cheeks are better found elsewhere), possesses a better selection than most, and staff are happy to suggest other cuts if the ones you’re after aren’t available.

Meanwhile, representation here local cider makers, vineyards and breweries is also of note – bottles from the likes of Chapel Down Wines, Turners Cider and Kent Brewery (whose barley wine and Prohibition American Pale Ale I’d recommend), means you won’t need a trip to the supermarket if you’re caught in a tight spot on any given evening. Mercifully, and unlike other shops of its ilk, the shop stays open most days until 7pm.