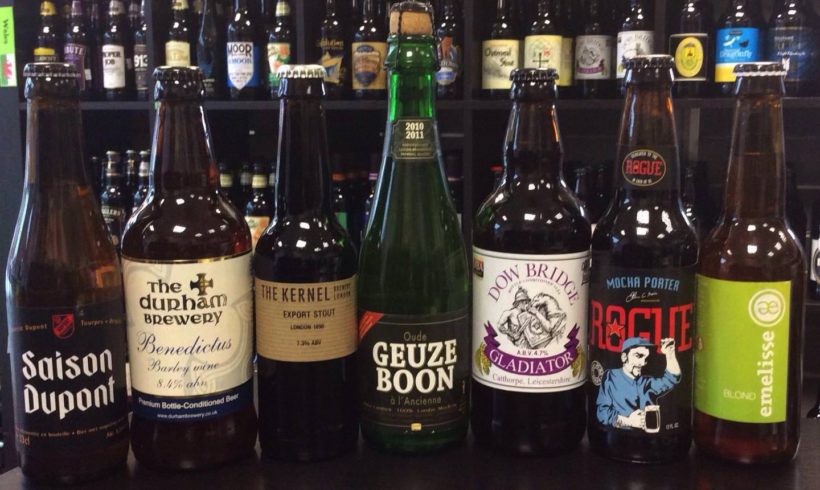 10% off beer and cider purchased on a Wednesday. Please present your membership card at the till before paying.

Hopology is a treasure trove of craft beers, ciders and wines, and from the moment you walk into this gem of an independent shop, it’s clear that it’s run by someone with a real passion for his chosen subject.

Owner Nick Johnson focuses on craft beers from the UK, Europe and the US, and customers have a world of exciting brews to explore, whether it’s fruity Belgian saisons, zingy German wheat beers, American pale ales or dark stouts brewed by British microbrewers. A good range of UK craft brewing is here, from Cornwall to Edinburgh, with representation for established brewing favourites such as Elgood’s of Wisbech and Salopian of Shropshire, as well as for relative newcomers like London’s Kernel Brewery and Derby’s Dancing Duck.

The shop’s beer selection is divided up by UK county on on side, while opposite is a mouthwatering range of brews from Europe and further afield. There’s also an array of ciders and some wines.

If you’re a lover of craft beer, Hopology is one place where the term ‘kid in a sweetshop’ is absolutely spot on.