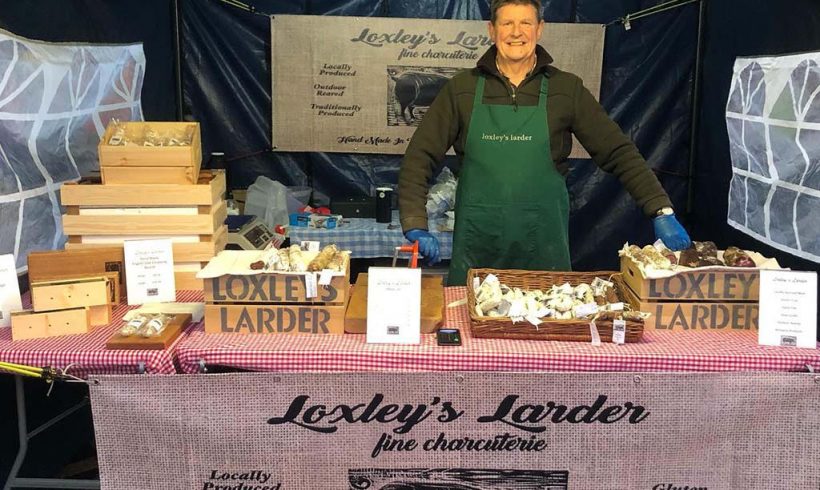 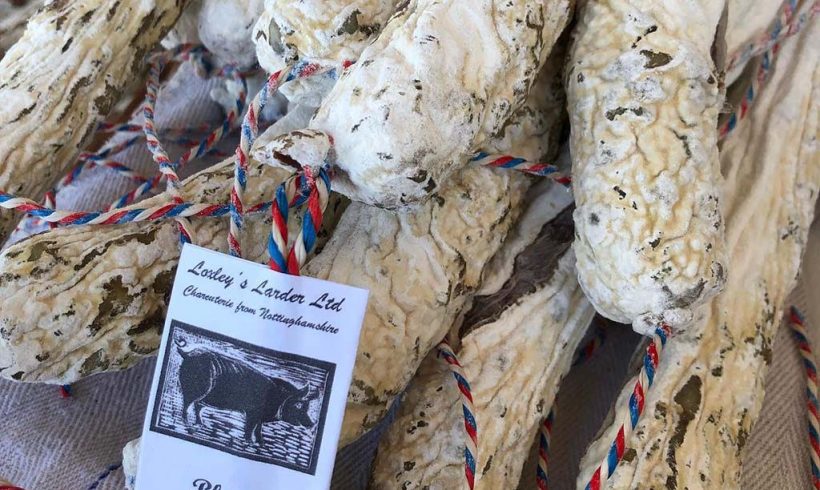 We discovered Loxley’s Larder at the beginning of March 2020. Founder Martin Miller produces terrific, homemade charcuterie; we particularly enjoyed the red wine and fennel salami! Martin also makes pork & barberry and a four spice and pepper which is adapted from a 1960s recipe by legendary late cookery writer Jane Grigson.

It was while living in Belgium in the 1980s, that Martin developed a taste for the charcuterie sold in the delis and food markets there. Once back in England, he began making his own cured sausages using an old Kenwood mixer. His wife Bernadette encouraged him to do a course at The School of Artisan Food and, after spending time learning and refining his product, he began to produce charcuterie to sell.

Meat is sourced from local farmers who rear their animals outside and traditional curing methods (including some that date back to Roman times) are used.