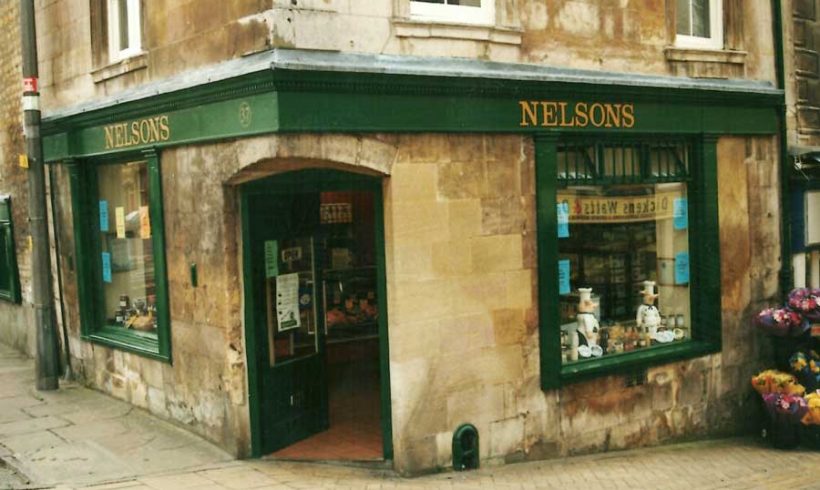 Nelson’s HQ is in Stamford, south Lincolnshire, where it has two shops and a production facility for making Melton Mowbray pies, Lincolnshire sausages, haslet and other delicious products. A third Nelson’s sits a few miles away on Oakham High Street, a fourth is in Uppingham, and since July 2018, a fifth graces Bourne town centre.

So what’s the story of Nelson’s, a name that’s probably been responsible for more Sunday lunches and Christmas dinners in Stamford and Rutland than any other? Well, today it’s run by Matt Kingston and Kris Moore, who bought the business in 2018 from Stamfordian Guy Gilman. Guy’s uncle, Frank Gilman, a local farmer, bought the business in 1952 from Harold Nelson, and Harold acquired the business in 1924. Nelson’s original shop is in Stamford’s Red Lion Square, which has been a butcher’s shop since at least 1826.

So what’s the secret behind Nelson’s success, when so many other butchers have fallen by the wayside? The answer is its commitment to quality, its ability to build long-lasting relationships with customers and its local-sourcing policy. Suppliers include cattle farmers Jim Thraves in Empingham and Richard Wright in Tilton on the Hill, and pig farmer John Millard in Cambridgeshire.

Nelson’s has been a big part of Stamford and Rutland since 1924. With energetic, ambitious new owners at the helm, who also respect Nelson’s long history, its future looks bright.