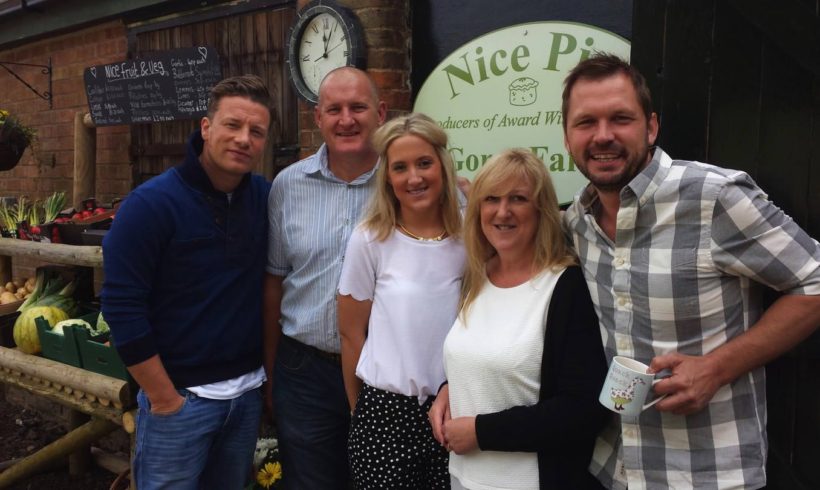 10% off on Tuesdays and Wednesdays. Please show your digital or hard-copy membership card. To join Great Food Club and get a card, click here.

Nice Pie at Old Dalby is an award-winning tea room and food shop.

It was dissatisfaction with the quality of mainstream pies that encouraged the Walmsley family to take action and launch Nice Pie in 2013. Today, Nice Pie has won multiple awards and received plaudits from none other than Jamie Oliver, who was so impressed that he featured the farm shop and bakery on his Friday Night Food Fight programme in February 2015.

The key to their success, according to Phil Walmsley, is high-quality ingredients prepared with love and attention. All the meat is hand-trimmed and the pies are hand-made by the family at their farm in Old Dalby, north Leicestershire.

“There are so many pie makers out there who have got complacent,” says Phil. “We think a pie should be a gourmet meal encased in pastry, and we believe that’s what we achieve.”

While they produce old favourites such as steak and ale (a Gold winner at the British Pie Awards), it’s their exotic range that has helped garner attention. There’s wild hare and blackberry, and rabbit in madeira but also the likes of camel, zebra and crocodile pies. The Walmsleys stress that all these exotic meats are sustainably produced from specialist suppliers.

Kath Walmsley is the culinary brains behind the operation and spends weekends perfecting recipes in the kitchen. She’s won awards for virtually every one of her pies – plus the title of Champion Small Producer at the BPA.

You can pick up their pies and a new range of patés plus other specialities at their Old Dalby farm shop, or at many local farmers’ markets and food festivals.