Join Free
We use cookies on this site to analyse traffic, remember your preferences, and optimise your experience. Find out more.
Okay
Recommended by our reviewers
Great Food Club Guide Yorkshire The Courtyard Dairy 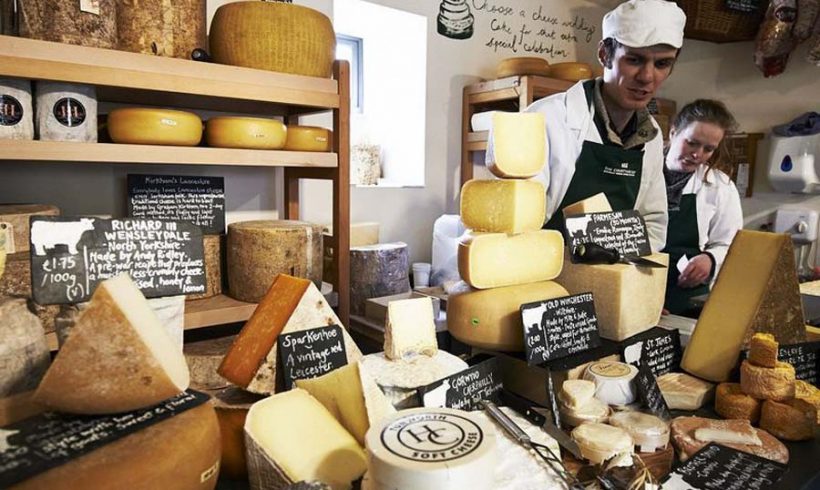 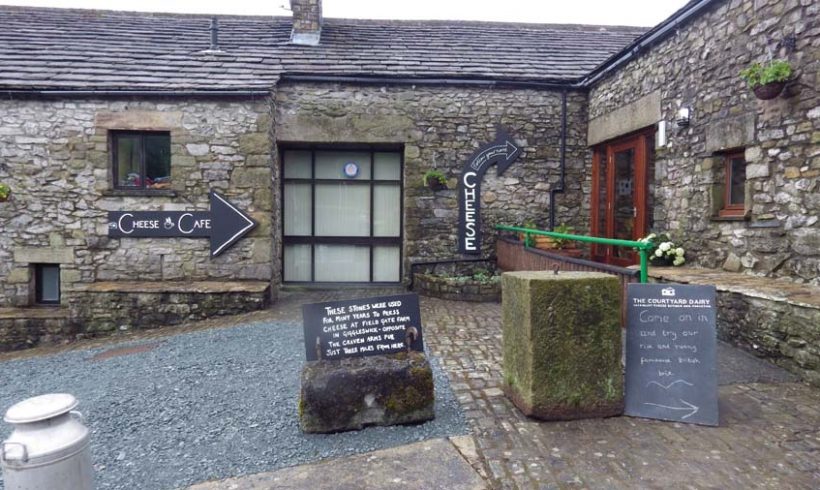 The Courtyard Dairy is a characterful and expert cheesemonger, selling artisanal cheeses from Britain and Europe. It is a past holder of the Cheesemonger of the Year title at The World Cheese Awards.

From its cheese club and hampers to its spectacular cheese wedding cakes, The Courtyard Dairy’s passion for its produce is palpable from the moment you walk through the door of its beautiful stone barn.

The shop was set up by Andy and Kathy Swinscoe after years of working in the cheese industry in the south of England and France. Their ethos is to sell only the best cheeses available from the British Isles and Europe, and by doing so, to champion the few remaining independent farmhouse cheese-makers. These small producers still make cheese by hand with unpasteurised milk from their own herds. Each cheese is then aged to perfection in The Courtyard Dairy’s cheese-maturing room.

The shop recently upped sticks, moving just a little further along the A65 to larger premises. What was once the old Falconry Centre has been lovingly transformed by Andy and Kathy into a cheese lover’s dream. They added a cheese café and museum, plus a cheese-making room where Andy runs cheese-making courses.

The café, managed by Kathy, is full of character and shows great attention to detail: the tables are recycled cheese-maturing boards.

Aside from the shop and mail order, Andy and Kathy also work with some fantastic restaurants in the north of England. There are too many to name here but some of our favourites include The Forest Side in the Lakes, The Box Tree at Ilkley, The Star Inn at Harome, The Traddock near Settle, and Skosh in York.

Andy recommends what has to be one of the best new British cheeses, Fellstone. Based on a traditional old ‘Dales’ recipe, Fellstone is aged for three months, by which time it has the fresh lemony-lactic flavours of a good Wensleydale but with a supple, firmer texture.

Customer review for The Courtyard Dairy