Join Free
We use cookies on this site to analyse traffic, remember your preferences, and optimise your experience. Find out more.
Okay
Recommended by our reviewers
Great Food Club Guide Herefordshire & Worcestershire Wye Valley Brewery 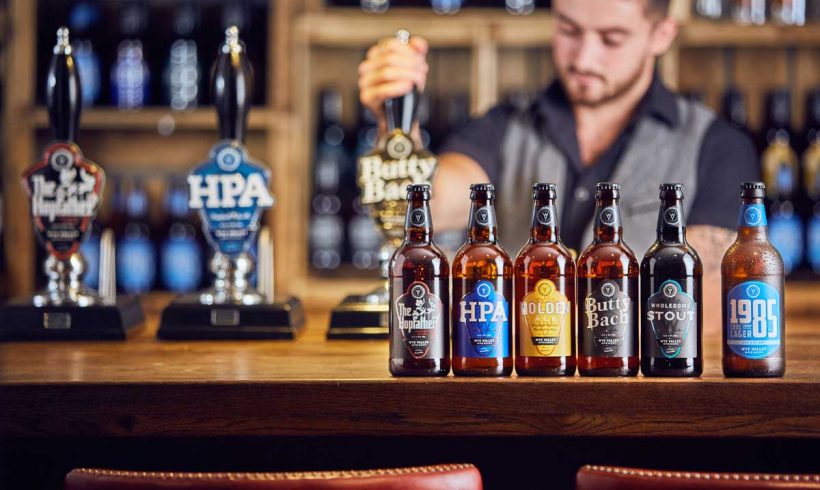 Founder and former Guinness brewer Peter Amor started out in 1985 with a dream to produce the best cask-conditioned ale. From humble beginnings at the back of a village pub, home is now a nine-acre former cider mill site. This incorporates a state-of-the-art brewhouse and bottling plant, enabling them to brew and bottle under the same roof.

The business is also committed to reducing its carbon footprint and ongoing eco initiatives include the installation of solar panels, which now generate more than 41% of the brewery’s electricity. It’s not surprising that Wye Valley Brewery has won ‘The Best Green Business Award’ at the SIBA awards.

Popular brands include Butty Bach, HPA and The Hopfather. More recently, Wye Valley Brewery has introduced keg products to its portfolio, including an award-winning premium lager, 1985 – a cool, crisp and refreshing pint.

View all businesses in Herefordshire & Worcestershire