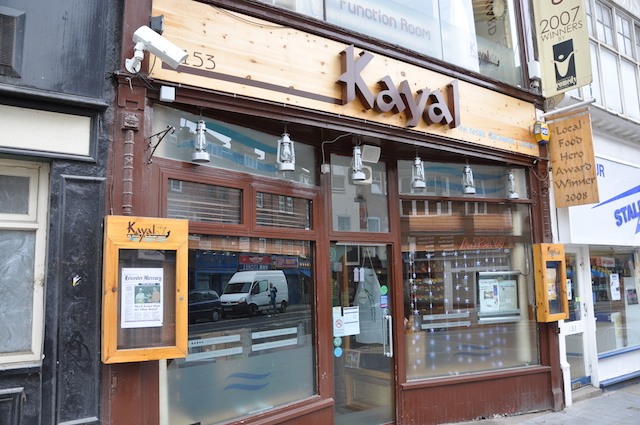 Imagine going to an Indian restaurant where Chicken Tikka Masala isn’t on the menu. Imagine willingly going back to a place that was shut because of a food scare. Also imagine, as this is Leicester, finding a place that’s as inaccessible by car as the Khyber Pass. But the Mystery Muncher is nothing if not imaginative and on getting to Leicester’s Kayal, his reward was the best Indian food in the Midlands.

Allow twice as long for studying the menu as you would normally because this is cuisine from South India, where the diet is mainly fish and the sauces are spicey and subtle but not lip- numbing. Even the breads are different and much more creative that the standard poppadom or naan. Ask for a selection with dips as a starter and you won’t be disappointed. 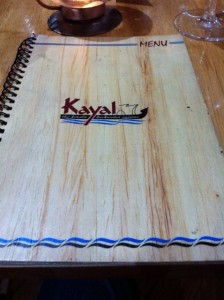 For the main course, the Mystery Muncher had Kallushppu Meen Curry with rice and a light rice biscuit. The curry contained a delicate white fish and was absolutely beautiful. There are meat dishes for the determinedly carnivorous and they looked good but my recommendation would be to stay fishy. The bar had all the standard Indian beers but the wine list was reasonably priced and the Mystery Muncher ordered a perfectly acceptable Chilian Sav Blanc at £13.95.

The interior of Kayal is rather quirky, with terracotta fish in nets hanging from the ceiling and an old Royal Enfield Motorbike by the bar, so this is not one of those minamalist modern Indian restaurants. But it’s comfortable and the staff are great but don’t be impatient, they do things in their own time.

Some of the best eating places in the UK – The Fat Duck for example – have closed because of food scares and re-opened better than ever. Kayal is no exception and judging by the 30 people who were also eating just after opening time on a week night, there are plenty of people willing to eat at a restaurant as imaginative as Kayal.