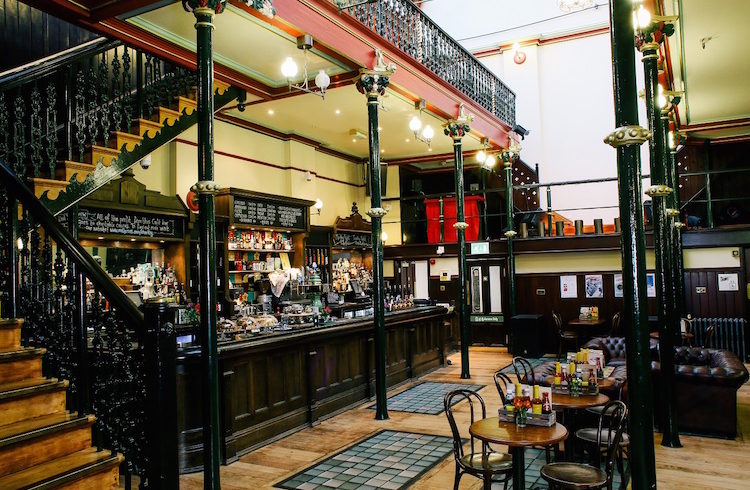 Above: The Malt Cross, Nottingham

With England beating the Aussies (hopefully) and football off the agenda, it is a sure-fire sign that summer is in full swing!

With summer sessions in mind, here are five great boozers for you to enjoy in Nottingham. Yes, the prospect of rambling along a canal or up a large mountain is glamorous but there is plenty of beauty in our inner cities if you know where to look.

All of these pubs stock a top-class selection of ales/craft beers/ciders from independent brewers and are proof that the pub scene is alive and kicking in Great Food Club’s region.

The VAT & Fiddle
This is a must as it is the brewing epicentre of Castle Rock and the whiff of hops hits you full on as you depart the train station… board games, newspapers and social intercourse permeate the bar and there is no better way to start (or end) your trip to Robin Hood country. 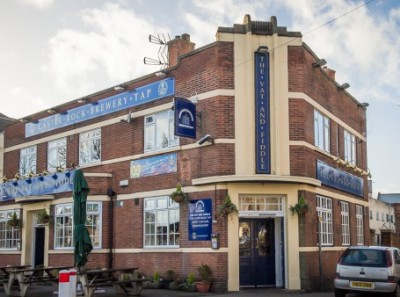 The Malt Cross Café Bar
A Grade II listed Victorian music hall, this pub can count Charlie Chaplin and Stan Laurel as its past clientele, and is a great place to enjoy a beer. You can also watch – or take part in – the occasional lampshade-making workshop and visit the Henderson Art Gallery on one of the six floors in this unique alehouse. 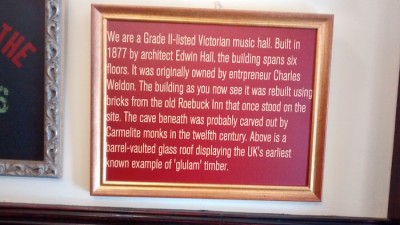 Fade (and The Hard to Find Café)
This is worth the walk as it has big bean bags, fruit beer and laid-back ambience so chilled it is almost horizontal!

The Crafty Crow
Magpie Brewery’s tap house (and part of Great Food Club’s recommended network) promotes local food and drink even to the point of advertising the restoration of the Grantham Canal on the back of its beer mats! Seriously, this is a fantastic pub.

Ye Olde Trip To Jerusalem
While it isn’t a freehouse, this place has to be on the agenda. A tour of the caves where its ale is stored is an amazing experience. It also serves a wonderful pint of Dukeries Beer – Ray of Sunshine – which is brewed a local independent. 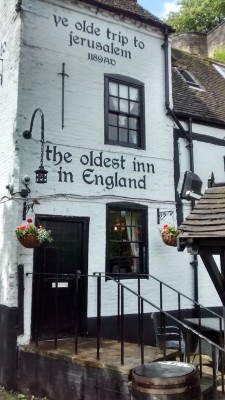 Brum brewers burgeon
Birmingham is finally entering the fray with new brewers long since the departures of behemoths Ansells and Mitchells & Butler.

Bad Rabbit Brewery has been given planning permission at the Inn on the Green (in Acocks Green) and will be up and running in the near future.

Glassjaw Brewery hopes to be up and running in the city centre before the end of August, while there has been a revelation in the business quarter of Brum, where a long-time favourite has reinvented itself as a micro-brewery, now known as Edmunds Brewhouse, and has three of its own beers to quaff on site.

New Midlands micropubs
Micropubs are still bucking the national trend as the independent sector continues to thrive with a new outlet in Hinckley (Castle Street) poised to pull its first pint in August. However, the proposed opening of the Fuggle & Nugget in Burton-upon-Trent has been delayed due to divine intervention (a complaint) from the local pastor of Riverside Church!

A new micropub is also set to open in Leicester (read this news update for more details).

Beer festivals
There are still plenty of beer festivals to ensure all thirst is slaked this summer. Looking ahead to August and the Grantham Beer Festival has a steam theme, taking place at the Grantham Railway Club (off Huntingtower Road) from August 5-8. However, proving that not every beer buff is obsessed with trains, the giant Peterborough Beer Fest takes place at The Embankment from August 25-29.

Is Derby Britain’s brewing capital?
Finally, Derby is often cited as one of the best places in Britain for brewers and a quick peek at this beermat from the Derbyshire Brewers Collective surely confirms this fact? Is there a stronger line-up in Britain!? 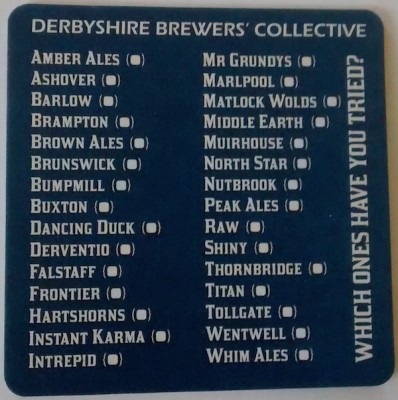