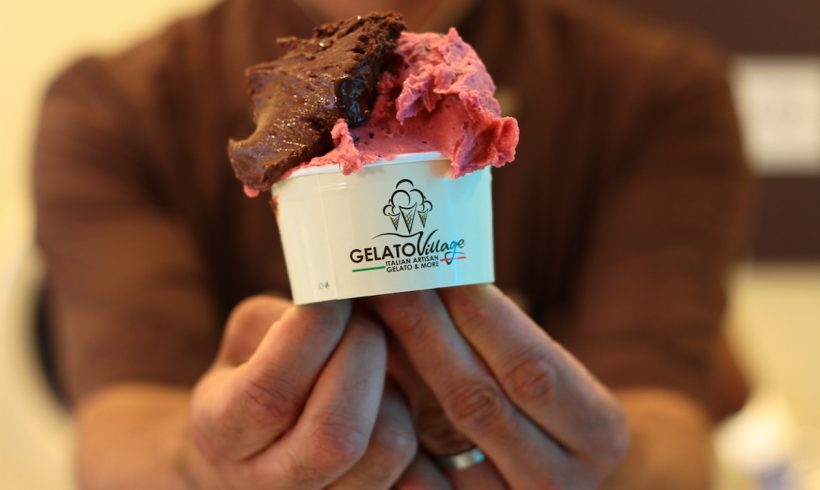 Earlier this summer, Leicester’s Gelato Village cemented its position as one of the world’s best gelato makers by coming third for the second consecutive year in the prestigious Agrimontana Aguguliano Cup in Italy. We asked the founders a few questions… 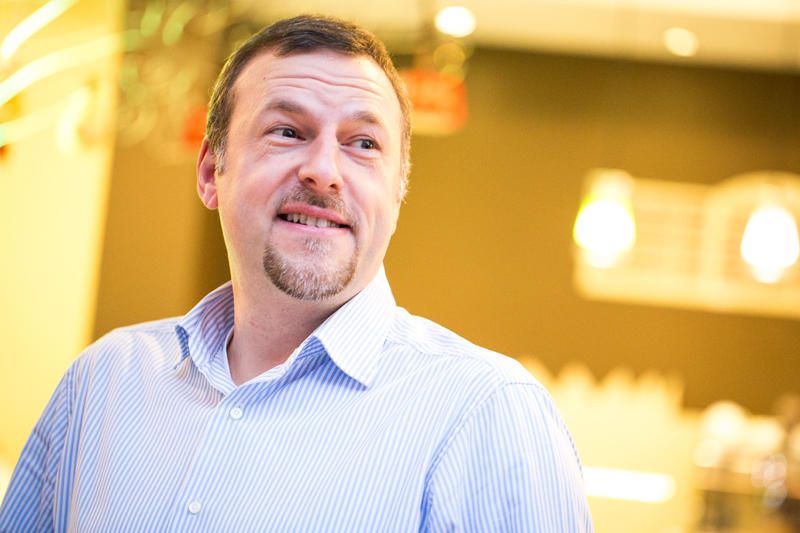 Who are you?
We are Antonio De Vecchi and Daniele Taverna. We founded Gelato Village in August 2014. Our aim was to bring the traditional, artisan gelato that we loved so much in Italy to the UK.

What brought you to Leicester?
We are both from Turin and decided to move to the UK between 2003 and the beginning of 2004. Antonio came first, to continue his profession as a scrub nurse at Glenfield Hospital. I joined him soon after, continuing my profession as an IT system administrator. 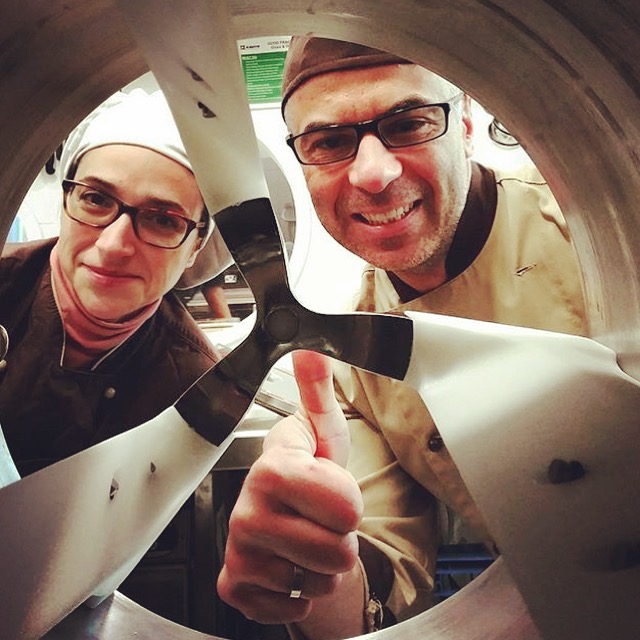 How did you come to create Gelato Village?
We played with the idea of gelato in Leicester for some time as we love good food and gelato in particular. As Italians in the UK we were tired of the fake ‘Italian’ places that only ‘sound’ Italian to attract people but don’t really offer anything that is truly Italian. Everything came about one night with a group of good friends in the middle of the Egyptian desert. Antonio asked one of them, who we regard to be wise and with good experience of various businesses, what he thought about opening a gelateria in Leicester. With no hesitation he said yes. Once back from the trip, Antonio enrolled at the Carpigiani Gelato University in Bologna. Then we looked for an area in the city and a unit to rent. Our dream of bringing a true Italian food experience to the heart of the city was becoming reality. 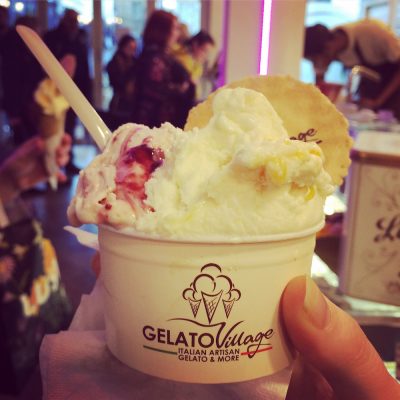 You recently came third in the hugely prestigious international Gelato Artigianale Festival 2017. What makes your gelato and your shop special?
Our gelato is special because we are dedicated to using the very best ingredients. All of our milk and cream comes from Belvoir Ridge Creamery in Leicestershire. This is an unhomogenised, fresh product from a single herd of rare-breed Red Poll cows, which provides an unparalleled flavour and changes seasonally as the cows’ diet varies through the year. We are also Slow Food supporters and our pistachio gelato is made using Slow Food Presidia pistachios from Bronte in Sicily.

We value great customer service, too. Our conistas are dedicated to giving everyone who visits us their perfect gelato. To this end, customers can taste as many flavours of gelato as they like for free to make sure they pick their perfect combination. We also allow people to choose up to three flavours, regardless of what size cup or cone they select – sometimes one type of gelato is not enough, even if you only fancy a mini cup! 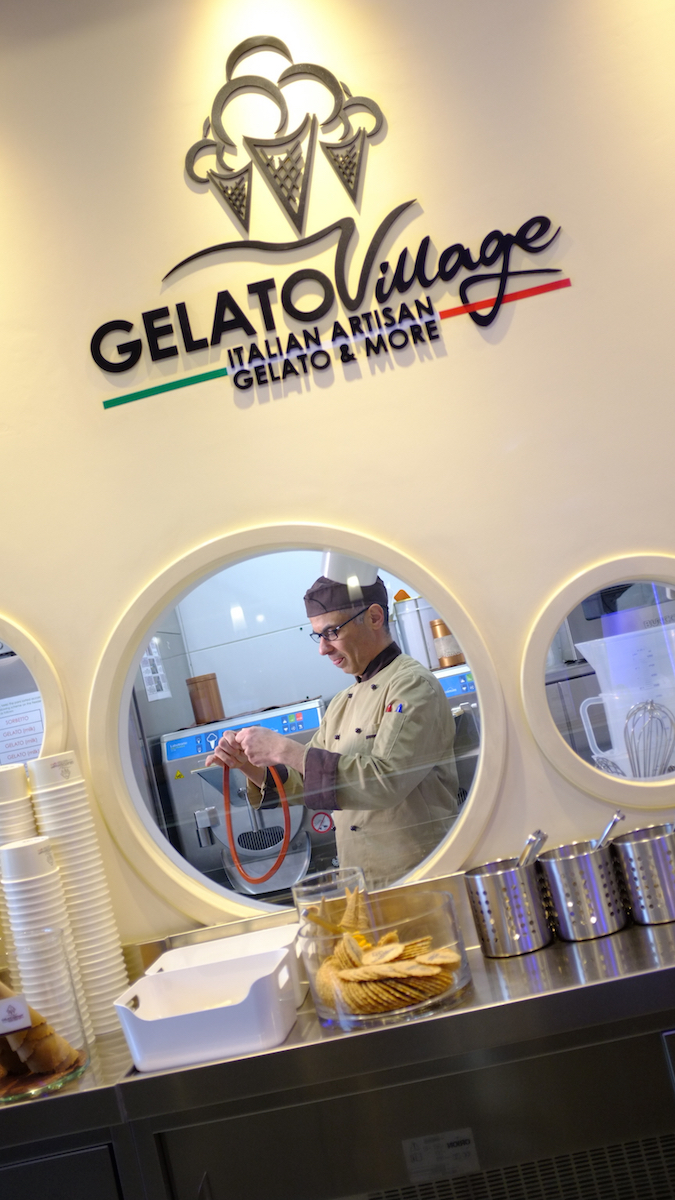 What’s the difference between ice cream and gelato?
Gelato contains less cream and more milk than ice cream, so there is less fat. It is churned slowly, while ice cream is whipped to incorporate more air. This means gelato is denser, and so it is served at a slightly higher temperature. This balance of fat, air and temperature gives gelato its characteristic creamy flavour, and the gentle nature of the traditional ‘mantecazione’ process [a slow churning process] means that subtle flavours from the ingredients can be brought out.

Our gelato contains no artificial flavours or stabilisers – the name of the gelato tells you what we have used to make it. For example, our Tiramisu gelato contains all the same fresh ingredients you would use to make a tiramisu dessert. We also love to experiment with flavours. Our Mango Lassi gelato is a big hit – it was recognised at the Gelato Artiginale Festival in 2016 – and is inspired by Leicester’s diverse communities. At the moment we are trialling a new sorbetto recipe using British loganberries and avocados, which is also proving popular.

Which local suppliers do you use?
Belvoir Ridge Creamery’s milk is really the heart of what we produce, but we also work with Leicestershire honey from The Bee Farmer and our fruit supplier is The Fruit Basket in Nottingham. We also look further afield to source the very best ingredients. For a couple of months now we have been bringing PGI Amalfi lemons to Leicester. They were not available at all in the region, so we have gone direct to the supplier and now we lead a co-operative with other great foodie businesses like Sapori in Anstey and the Geese & Fountain in Croxton Kerrial, who also only use high quality produce.

Where do you like to eat out locally?
Sapori, Lilu, Peter Pizzeria, Geese & Fountain, and Delilah.

What’s the best thing about your job?
The chance and ability to play with ingredients continuously to create gelatos that leave a big smile on the faces of our customers. The possibility of working with local producers who share the same passion for what they do and for the way they do it. This way we can be active promoters of the Slow Food Movement, which is about good, fair and clean food for all.