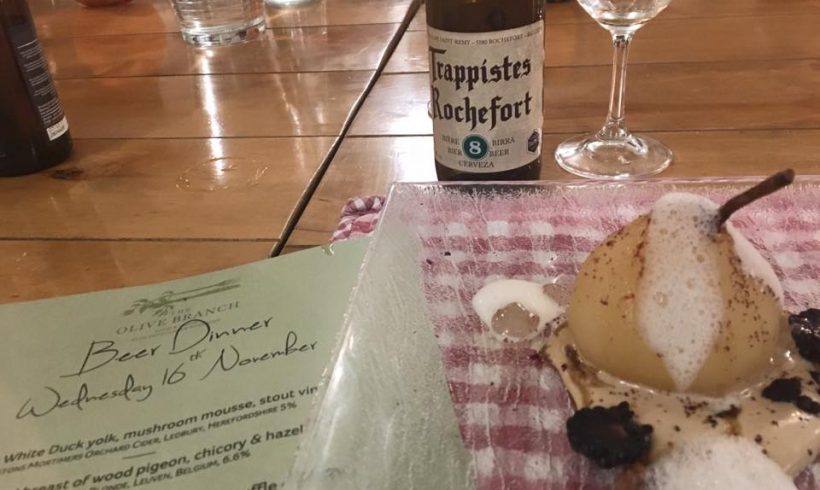 Last night Great Food Club teamed up with The Beer Hub and held its very first beer dinner at The Olive Branch in Clipsham, Rutland.

The Beer Hub is Mark Tetlow, a qualified beer sommelier and master brewer based in Leicestershire with more than 30 years’ experience in the pub and brewing industry. He’s known as “The Beer Doctor” for good reason, and Mark provided an informative and entertaining commentary throughout the six-course meal. 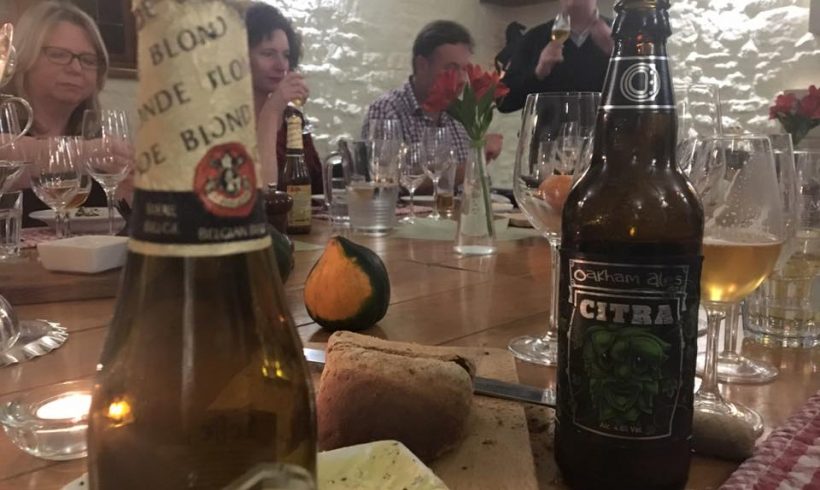 The Olive Branch kitchen team, led by co-owner and head chef Sean Hope, cooked some exceptional food to complement the beers. The highlight – one of many – was probably a succulent hay-baked venison loin sourced in Rutland and served with red cabbage and roast celeriac. The hay-baking process gave the game a beautiful sweetness and, served with tart Flemish ale, Petrus Oude Bruin (aka Flanders Brown), the combination showcased how exciting pairing food with beer can be. 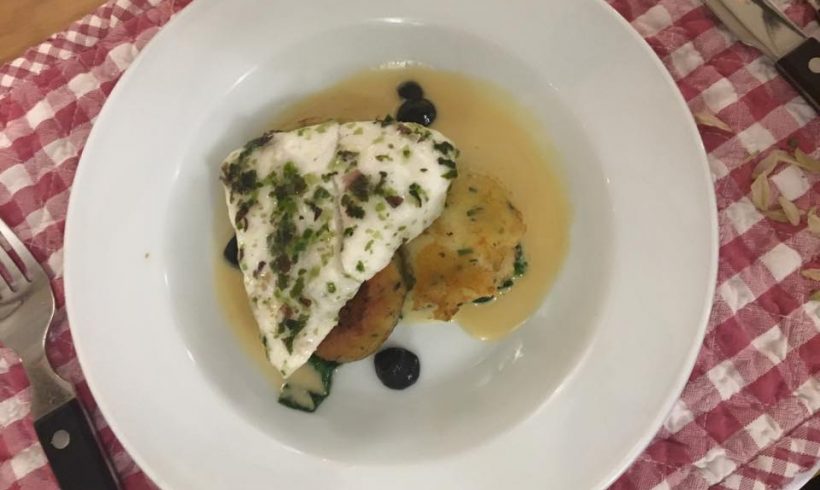 The Barn at The Olive Branch – the pub’s beautifully refurbed cow shed complete with bar billiards table and record player – provided a great environment for our inaugural beer dinner, seating 20 around a large table. 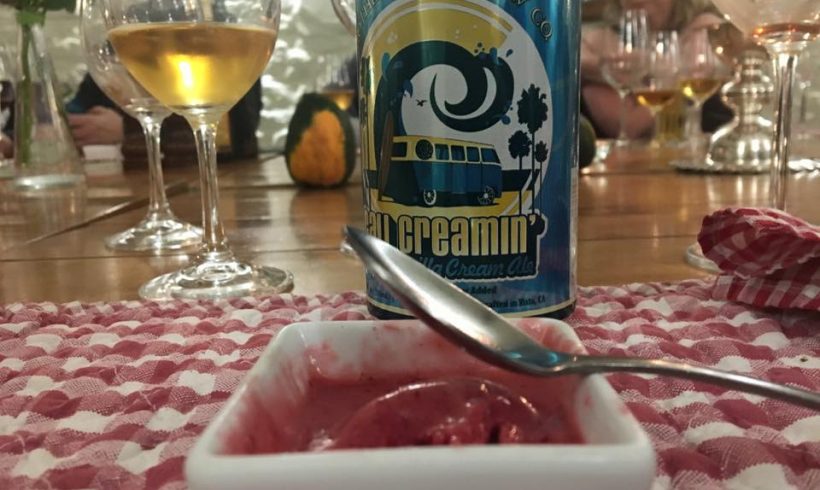 We hope to put on more beer dinners with Mark in the near future. If you’re interested in coming along to one, please join Great Food Club (free of charge) and we’ll be in touch via our regular email newsletters. 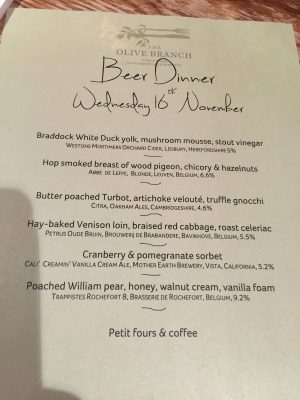