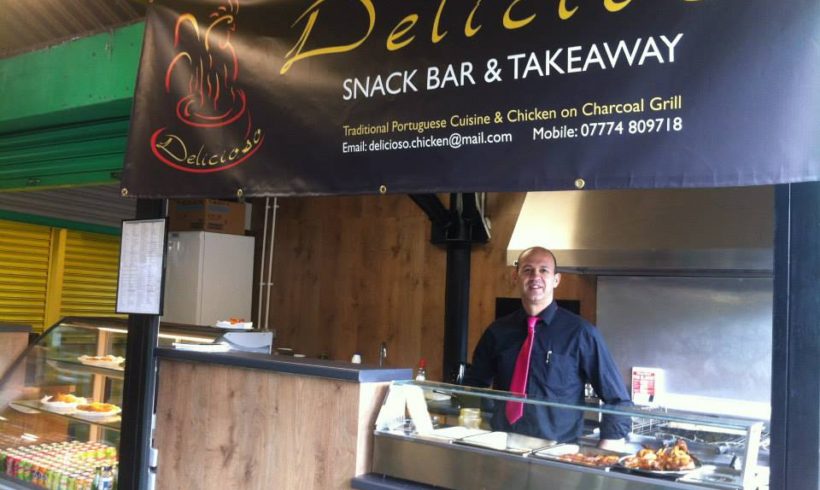 Delicoso is part of a growing street-food scene in Peterborough

I can’t have been the only one to raise an eyebrow when I heard a dessert restaurant was opening in Peterborough city centre last year. I mean, waffles, frozen yogurt, ice cream? In Broadway of all places?

But Saima Shah and husband Salim Rehmatullah clearly did their homework and after celebrating their first anniversary at Tamu are looking to the future and a new, bigger restaurant.

It’s been a surprise success story but a welcome one. The wider the range of offerings in Peterborough the better, as far as I’m concerned. They started small – it only holds 20 or so downstairs – but with the Peterborough public having bought into the concept, they have outgrown their premises. The owners are keeping the location of the new Tamu under wraps for the time being, save to say it will seat 60-plus on one floor while still offering the same delicious desserts and savouries. I am not the only one who can’t wait.

Street food on the rise
A lot has been written – by me at least – about the expanding food options in Peterborough city centre in the past year or so. The latest chain, Handmade Burger Co, open its 23rd restaurant in an old pub inside the Queensgate shopping centre just a few days ago. But quietly, in the background almost, there has been a street food scene taking off too.

Yes, there has always been a burger van and a jacket potato mobile in and around Cathedral Square, but on offer now are foods from around the world. The much talked about BoHo has been around for a while now on Bridge Street near the Rivergate entrance. It does wraps, chicken and meatballs, some vegetarian stuff and crepes, as well as coffee. But at the other end of town, one corner of the City Market that looks out over Laxton Square has blossomed. The Polish and German sausage barbecue, which has just celebrated its first anniversary, was joined in the summer by Delicoso, serving Portuguese food. And last month Viva Goa, offering traditional Goan cuisine, plus Jerk Pan, a Caribbean takeaway, joined the party.

I have tried a couple and will be back to sample the rest soon. I will let you know how I get on.

Brad Barnes is the assistant editor at the Peterborough Telegraph. He has been reviewing restaurants in the greater Peterborough area for the past 15 years and writes a weekly food and drink page. Follow him on twitter – @PTbradbarnes –or email him at brad.barnes@jpress.co.uk