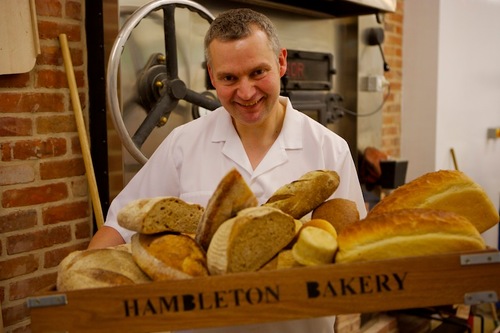 Julian Carter is British Baker of the Year

The awards ceremony was held on September 11 at London’s Hilton Hotel. The last 12 months have been hugely successful for Julian. Hambleton Bakery, based in Exton, Rutland, was voted Britain’s Best Bakery in the ITV show of the same name, screened last December.

And in August, Rutland County Council accepted plans for Julian’s Exton bakery to double in size to cope with increased demand for its artisan breads, cakes and savouries, which are sold through its four local shops and 50 local restaurants, delis and shops.