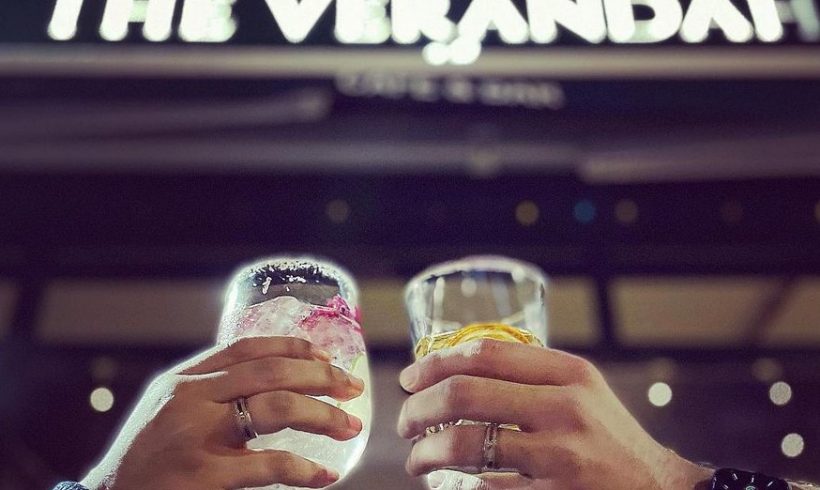 It’s extraordinary how despite everything, the food and drink industry continues to show its indomitable spirit.  Look, for example, at Leicester’s Clarendon Park which is building its reputation as a foodie destination with several new openings during lockdown.

Prominent among them is The Verandah, an Anglo-Indian cafe bar, specialising in cocktails featuring spirits and flavours from the sub-continent such as a Hot Toddy made with Amrut Whisky, honey, cinnamon and lemon. Early items on the food menu include Mumbai Melt, a toasted cheese sandwich featuring masala-spiced potato and their own house chutney, and Railway Mutton Curry served tiffin-style. Obviously it’s takeaway only during lockdown but will feature an all-day changing drinks and food menu once we’re all back and running.

A few doors up the road in the premises formerly housing Jones’ Bistro is Port & Nata, a  stylish Portuguese cafe opened by siblings Miteche and Grichma Trambaclal. It will feature, naturally enough, port and pasteis de nata, but much more.  Its current takeaway offering includes Portuguese street-food boxes, and when fully open dishes will include bacalhau and the soup caldo verde.

In the city centre too there are signs that even among the sad raft of closures, people are still positioning themselves for when the punters can come back. There’s great news that the old Anglo Irish Bank building on the edge of St Martins, former home of the much-missed Delilah’s, is to have a new occupant. The people behind Birmingham’s Lasan and Fiesta del Asado restaurants are to open Son Risa, featuring small-plate Argentine food and “high-spirited fun”. Group founder Jabbar Khan said they were attracted by the handsome old  building in a heritage area of the city: “There’s the right mix of people and in that particular area. It doesn’t feel like it’s in the UK at times – it’s just beautiful,” he told the local newspaper. At time of writing a spring opening is still planned.

Also in St Martin’s, the popular independent Kai, famous for its pancakes and brunches, has plans to open a pizza venue.