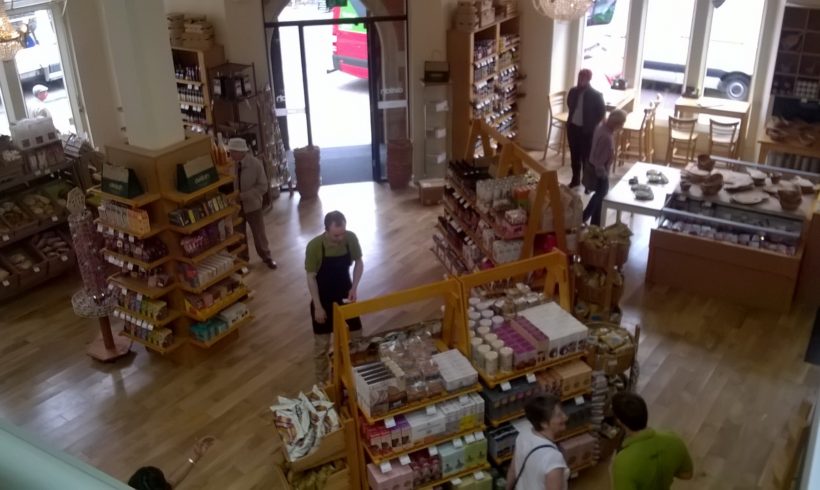 There’s cause for celebration among food lovers in Leicester with the opening on June 23 of Delilah Fine Foods. Many GFC members will know and love the much-lauded Nottingham branch of this deli, and now Leicester folk can enjoy its extraordinary range of produce.

Like the Nottingham Delilah, the deli has a beautiful setting, in this case the former Allied Irish Bank on St Martin’s. With support from a number of public bodies the building has been sympathetically restored and developed to include a shop floor, café/bar area and mezzanine dining area under a beautiful glazed roof. Downstairs there are sections for baked goods, chocolates, condiments, seasonal goods, coffees, cooking ingredients and a tremendous selection of hard-to-find, high quality wines from independent producers. And of course there’s the deli counter, with service, but where you can wander around and get close to the literally hundreds of cheeses and meats. 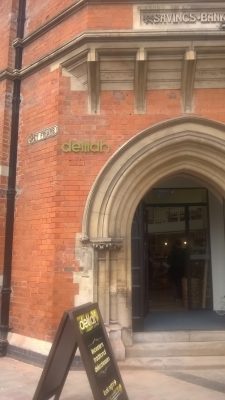 Diners can eat at the bar or upstairs, where the selection ranges from breakfasts such as rarebit made with Black Bomber, Magpie ale, poached eggs and Alderton ham to extravagant platters of Bellota grade Iberico ham (free-range, acorn-fed), wild boar and venison salami, bresaola, duck rillettes, black truffle gouda, oak-roasted tomatoes and more. 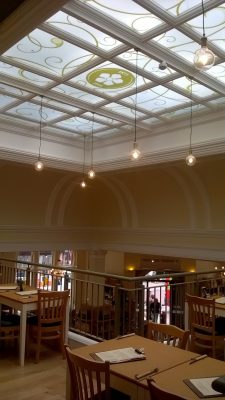 Owner Sangita Tryner said she was hugely excited about being in the centre of Leicester and was working hard to get more of the highest quality Leicestershire and Rutland produce in stock. “I listen to producers talking about their products and the passion is there to taste in every mouthful,” she told me. “Our job is to make sure that our customers get to share that experience.”

You can find Delilah at 4 St Martin’s, Leicester.

Elsewhere, Meatcure is set to open a third Leicestershire branch in Hinckley this summer, with plans for several more restaurants across the Midlands. The gourmet burger company, which launched in Market Harborough and expanded in 2015 to Leicester and later Leamington Spa and Bedford, has now launched a crowd-funding campaign with Seedrs hoping to raise £350,000. As well as the new Hinckley outlet opening in the new Crescent development, the firm is eyeing up sites in Coventry, Nottingham, Rugby and Stamford. 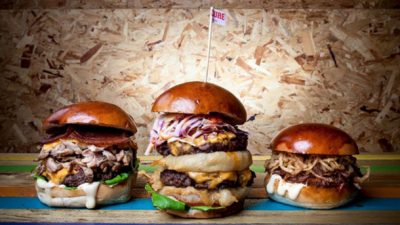 The prospectus for investors says: “Meatcure did not invent the burger but we do feel we do it a particularly good way”. It goes on to point to its use of rare-breed meats, only natural ingredients and local suppliers as part of their customer appeal. When it started in Harborough, for example, Meatcure worked for six months with local craft bakers Emerson & West to come up with the perfect brioche bun.

Co-owner Rob Martyniak cites the likes of London’s Meat Liquor and Patty & Bun as inspiration, and says that there is a big demand in the Midlands for the stylishly presented better burger.

A couple more interesting openings in Leicester: after a long gap, the city now has a Korean restaurant in the shape of Unggi at 98 Welford Road (it’s near the prison). It’s a small, simple cafe but the food is seriously tasty – I’ve already enjoyed spicy, crispy and succulent deep-fried chicken wings, fantastic savoury pancakes stuffed with kimchi and, probably my favourite, LA Galbi – thinly sliced beef short ribs in a sweet marinade with a terrific smack of barbecue.

Look out too for a couple of new coffee houses – GFC member Dolce & Verde has followed up its Rothley cafe by opening on Belvoir Street in the city centre – show your card for a free coffee with breakfast or lunch. Round the corner on Bowling Green Street, wholesale coffee roaster and equipment supplier The Coffee Counter is opening its own coffee shop – it’s set to open any day now and with their track in the industry it’s fair to have high expectations of the coffee.