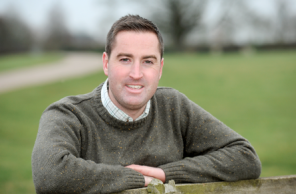 What have asparagus and music festivals got in common? Not a lot at first glance, but Leicestershire farmer James Ludlam (left) would disagree.

James’s family have been farming since 1899 but asparagus is a relative newcomer to Cattows Farm, which is located near Heather in north-west Leicestershire. “We didn’t plan to grow asparagus,” says James, 33. “It was just one of those happy accidents. We were already growing strawberries and were advised that asparagus and strawberries complement each other very well, so we gave it a go and each year the demand seems to grow.”

Asparagus definitely has a cool factor. James thinks this is in part down to how tasty it is, and also down to its short season. “It means that people look forward to it all year, there’s a real ‘get-it-while-it’s-here’ frenzy that’s fun to be a part of. And of course it’s great to be supplying a quality product which people love. 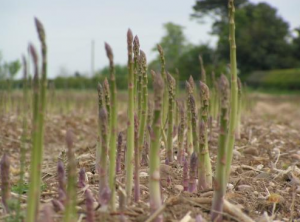 “I remember when we first started selling it from the farm, older people would frown and say, ‘What the heck is this?’ And people are still fascinated by it today.  They have no idea how it grows, and often ask if it grows on bushes. I love being able to point over to a field and say, ‘Go and take a look over there.’ It reminds him of the time they grew mange tout. And people, having never seen or heard how it was pronounced, would ask, ‘What’s this mangay towt?'”

Despite its popularity, asparagus is far from easy to grow. Part of the difficulty comes in harvesting it because the spears grow at different rates. But never daunted by a challenge, James drafted in the help of a family friend who was a retired engineer.  He invented a machine that allowed three people to sit on it and harvest three rows at a time. This saved a huge amount of time. “We kept our invention under wraps for a few years but it was only going to be a matter of time until there were some on the market.”

As if running a farm, and fathering two small boys wasn’t enough, James and his dad also organise Strawberry Fields music festival. This boutique event is only in its third year and has already been shortlisted for a UK award. In fact he’s been dubbed the next Michael Eavis (of Glastonbury festival fame) as he’s a farmer first, festival organiser second. 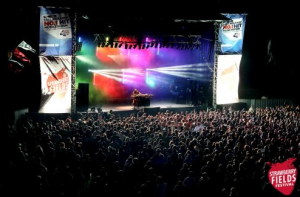 “It’s an incredible comparison! And one, of course, that I love!” he says with a glint in his eye. “Our festival is all about adding personal touches. We don’t have a big promotional company behind us, or a corporate backer, so are delighted at the success we’ve had so far.”

They’ve attracted some big name acts – from Example, who headlined their first festival, to Labyrinth, who headlined their second, as well as The Charlatans, Kelis, and Rizzle Kicks. Over 150 artists graced the various stages and offered something for everybody, from gypsy folk to rock and dance to dub step. This is definitely a festival on the up.

But not to be outdone, the farm’s asparagus has also had its fair share of celebrity encounters. “While most of our crop goes to local shops and restaurants, we also supply a health farm, and our spears have been eaten by the England football team.”