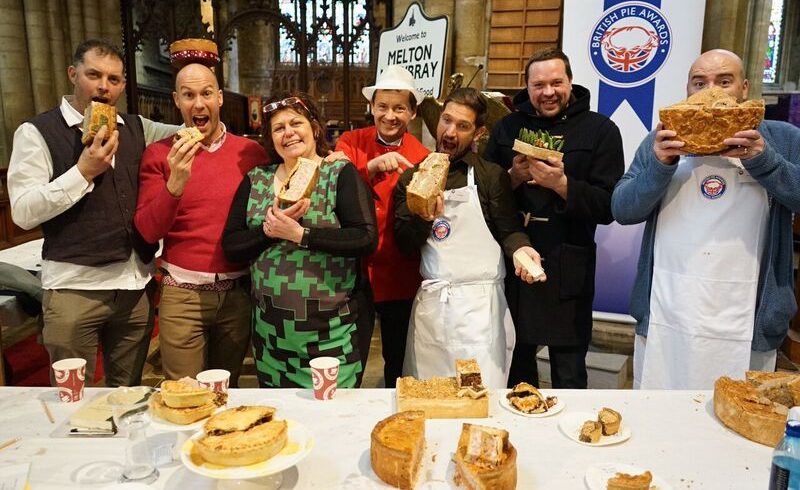 The British Pie Awards took place at St Mary’s Church in Melton Mowbray in March. This year’s Supreme UK Pie Champion, beating 815 other entrants, was controversial to say the least – a beef pasty made by family-run A.F. Huddleston Butchers in the Lake District.

“Outrageous!” I hear you cry. “A pasty is a pasty and a pie is a pie.” Maybe so, but the technical definition of a pie, according to the awards organisers, is a filling totally encased in pastry, so I’ll leave you to make peace with this baking bombshell in your own personal way.

But it wasn’t all controversy at the 2016 awards. Several local Great Food Club-recommended producers deservedly did well without infuriating any pie aficionados.

One was Ian Curtis, who co-founded Oakham-based Rutland Pie Company in 2014. At the latest awards Ian won gold medals for his Bramley Apple Pie and his Steak & Ale with Mushroom Pie, plus several other gongs, including one for a gluten-free pie (Ian offers several gluten-free creations). 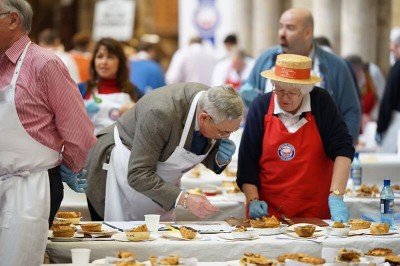 Judging is always a serious business at the British Pie Awards

Ian, 49, has his roots in baking and his first job was at Langham village bakery aged 11, so he’s clearly had lots of practice!

Special mention too for Nice Pie of Old Dalby, Leicestershire, who did brilliantly yet again – a class winner with its Luxury Chicken Pie.