Nothing beats the warm, tangy smell that fills the whole house at marmalade-making time.

I think it’s the best part of the preserving year – it’s hectic and a race against the clock to get enough marmalade made for the whole year from the short season of Seville oranges (December to February).

Some people part-process the oranges and freeze the resulting pulp to use throughout the year, but I have never done this myself. I like the fact that the clock’s ticking: it’s a short session when the whole kitchen gets sticky and every surface is covered with jars. 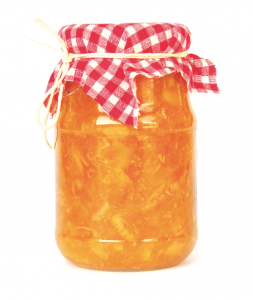 I’ve only once made marmalade from ‘raw’ oranges – that was when I was 15. It was enough to put me off for life. Since that first batch I’ve always cooked the fruit first, which makes it much easier to cut the peel into the size you prefer and gives a beautifully rich, intense flavour. The peel is firm but tender from the double cooking – none of those nasty rubbery bits!

There are so many delicious variations for marmalade – we get asked for a ginger recipe all the time. You can add a little of what you fancy – whisky or brandy, black treacle for Dundee marmalade, or try making it from limes or tangerines. 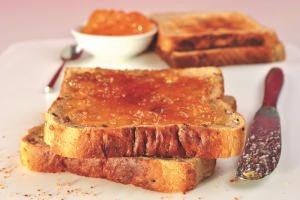 Marmalade has been around in some form since well before Tudor times. Originally, the Portuguese word ‘marmalada’ referred to a sticky paste made from fruit, usually quince, and sugar. The word, or a form of it, still exists in most of Europe today, but we know from our holidays abroad that when ordering marmalada we will actually be served jam, as it still describes the type of confection, not a particular preserve. We need to add the name of the fruit to be sure of receiving exactly what we are expecting. 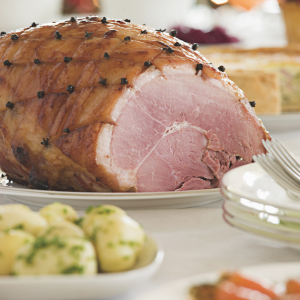 1 To make a brilliant glaze for a cooked gammon or bacon joint, mix three to four tablespoons of chunky marmalade (home-made, of course!) with two tablespoons of soft brown sugar and one teaspoon of mustard. I use my own wholegrain, but any will be OK.

2 Remove the rind from the cooked joint and spread the mixture over the surface, pressing down as well as you can.

3 Stand the joint on a wire grill over a roasting tin and bake for around 20-30 minutes in a medium oven, basting frequently. My son sometimes uses plum jam instead of marmalade, but that’s for the autumn. 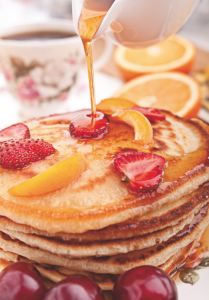 Pancake Day is coming, so when you’ve made your marmalade, why not use some of it to make a delicious pouring sauce for pancakes?

1 Melt 175ml marmalade in 175ml water over a low heat, stirring until smooth.

3 Serve warm with a stack of pancakes.