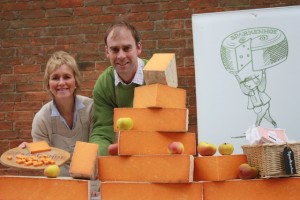 A new cheese event to take place in Melton Mowbray on June 11-12 will further solidify the region’s reputation as one of Britain’s food hotspots.

The Artisan Cheese Fair, to be held at the town’s cattle market and organised by the Melton Mowbray Food Partnership, will attract a significant number of UK cheese makers.

Cheese fairs have been held in Melton Mowbray since the 1883 but this event will be the first for some time.

With Stilton and Leicestershire Red production focused around the Melton area, there is great potential for the new cheese fair to grow and flourish.

The British Pie Awards and the East Midlands Food & Drink Festival will be also held in Melton Mowbray on June 8 and October 1-2 respectively.

Melton Mowbray is the home of Great Food Magazine.