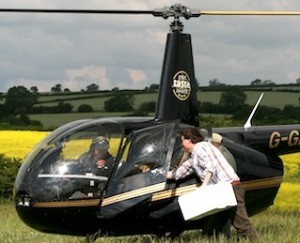 Northfield Farm has won a Three Star Gold Award from the Guild of Fine Foods for its Jacob lamb.

Of around 6,000 British entries, only around 20 Three Star Golds are handed out by the Guild each year as part of the Great Taste Awards, which are decided by over 300 judges.

The full results of the 2011/12 Great Taste Awards are yet to be announced but Northfield has been tipped off early because all Three Star winners have taken part in the Dawn to Dusk helicopter challenge.

This challenge saw a helicopter fly the length of the UK on June 30 picking up all the Three Star Winners. These winners – some of Britain’s very best ingredients – were then turned into the ultimate menu for 30 diners.

Dawn to Dusk is raising money for the Action Against Hunger ‘Love Food Give Food’ charity project and is designed to raise the profile of the awards and small, artisan, local producers.

Jan McCourt, the farmer behind Northfield Farm, said: “Our Jacob lambs are reared at Northfield and there’s no secret diet, but they are reared very slowly on our grass and hay, which has not been sprayed with fertiliser for years.

“One key is using older lamb that develops deeper flavour but retains tenderness. I have always wanted to debunk the myth of young lamb being so desirable and now I can!” 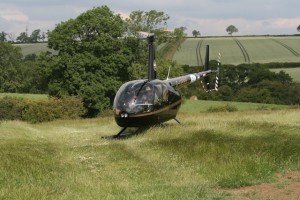 The helicopter landed at Northfield Farm near Cold Overton – on the Leicestershire/Rutland border – at around 10am on June 30. 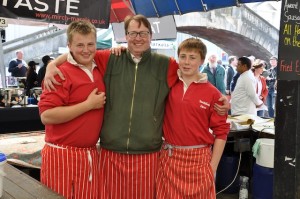 Jan McCourt with his sons 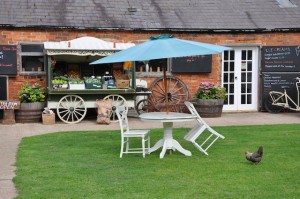