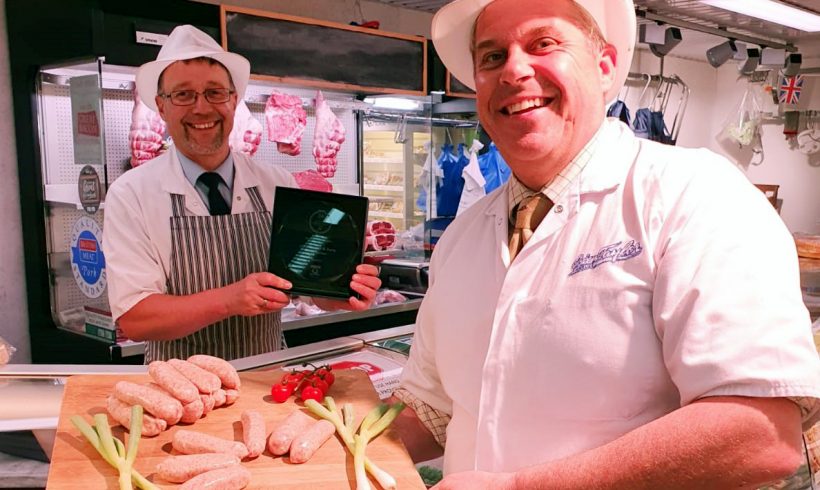 The shop bagged double wins with its gluten-free sausage and home-made pastrami in the ‘Fresh from the Deli’ category. Both products also picked up a top-ranked three-star rating.

Judges said Owen Taylor’s gluten-free herby sausage – made with pork sourced from Farm Assured farms – was “well-made with a good bite and texture.”

The shop’s award-winning pastrami is made using home-cured Farm Assured beef, matured for 28 days to give greater depth of flavour. Judges said it was impressive and ticked every box.

Carl Evans, operations manager at Owen Taylor, said: “We’re over the moon to pick up two category-leading Diamond awards in the face of such strong competition from fellow butchers nationwide. I dedicate these successes to our entire team.”

Among several new categories in the Smithfield ‘Star’ Awards this year was the Young Butcher of the Year, open to all aged under 24. Nominees must have developed a retail product and Owen Taylor’s Lennon Callister, aged 20, was shortlisted with his stuffed pheasant with black pudding & shallots.

Carl Evans said: “Lennon is an example to other young butchers wanting to start out in the industry, very knowledgeable and keen to learn every aspect, having already started his Level 3 Advanced Butcher Apprenticeship.”

Owen Taylor received 18 product awards in total – the biggest haul of any entrant this year.