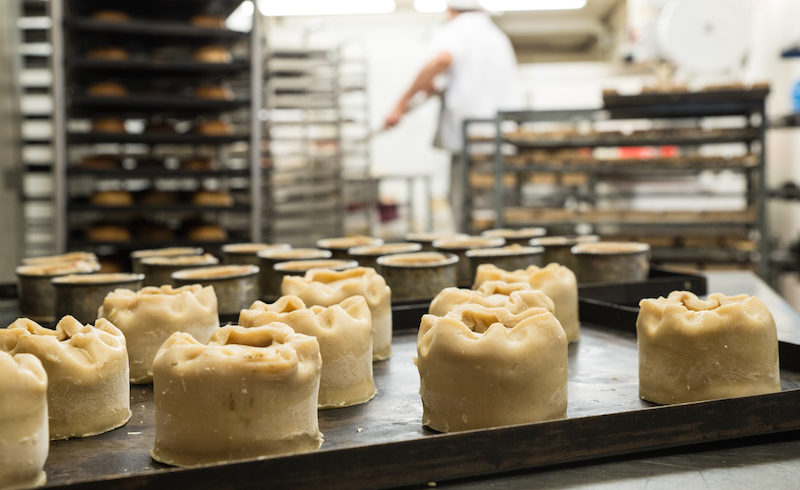 The above picture was taken by award-winning local photographer Robin Stewart in the famous Ye Old Pork Pie Shoppe in Melton Mowbray town centre. So why is Melton Mowbray associated with pork pies? In a nutshell…

Good-quality grazing in Leicestershire led to lots of milk, which led to Stilton cheese. The waste product of Stilton is whey, which provides economical food for pigs. When fox-hunting became fashionable in the 19th century, hunters flocked to the region because of its fine sport, and wanted energy-packed snacks for eating on the hoof. Bakers decided to wrap seasoned pork meat in pastry and pack it all in with jelly. They sold like hot cakes. The rest is history. 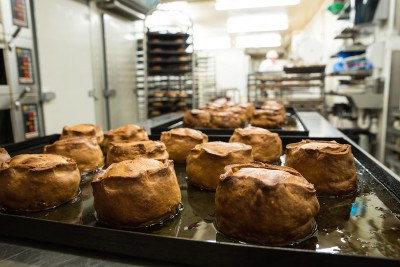 To take these pictures, Robin used a Nikon D800, tripod, Nikon flash using bounce light off the ceiling, and a Tamron 24-70 lens. ISO 640 and 48mm, 26mm and 30mm respectively (from top to bottom). The top two images used an aperture of F/7.1 and the bottom one was stopped down to F/10 for a little more clarity in the background. 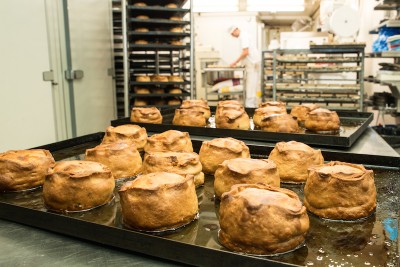