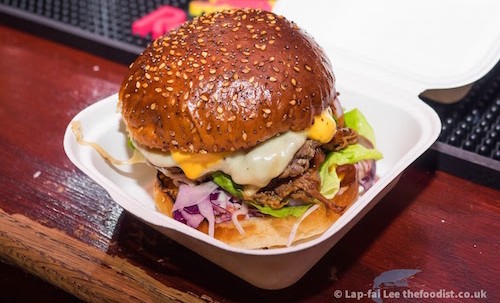 The UK Burger Battle is the brainchild of event organiser Ahmed Kage. The format is two burger teams, experienced street-food vendors, battling it out to win your vote. Diners buy a ticket to get into the event and the two burgers are included in the ticket price. Drinks promotions, DJs, a close-up magician, and a burger-eating challenge all add up to an evening of great merriment. The venue is an old carpet warehouse turned nightclub and is also the home of Birmingham’s Digbeth Dining Club. The bare furnishings and street art lends to the casual “street-food” vibe of the event that is so popular. 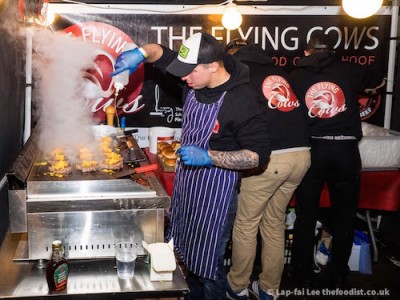 The inaugural UKBB in December saw the Beefy Boys from Hereford win and the latest contest led to London crew Gone Burger snatching victory. The next event is April 26, 2015 and has been labeled ‘Burgergeddon’. If you like the sound of that then get following @UKBurgerBattle on Twitter and Facebook for ticket info.

Photos from the first event can be found by clicking on this link. 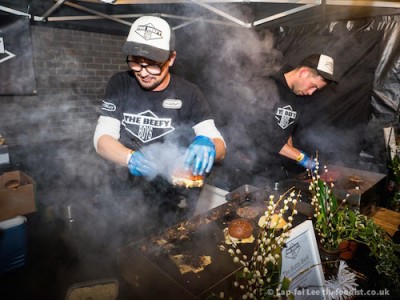