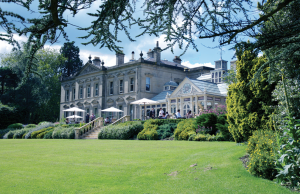 By Rachel Quine, writing in June 2011

On the rare occasions I’m lucky enough to be planning a weekend away, it’s always the same dilemma – relaxing country house hotel or stimulating theatre break?

At four-star Kilworth House Hotel near Lutterworth, guests get the best of both worlds. The hotel has a clever blend of ingredients – Victorian grandeur and contemporary luxury set in 38 acres of landscaped Leicestershire parkland, complete with first class restaurants and its own theatre.

The Grade II-listed Italianate country house was built towards the end of the 19th century for wool magnate John Entwisle, High Sheriff of Leicestershire. The house later passed to the Snowdon family until it was acquired by the present owners in 1999. 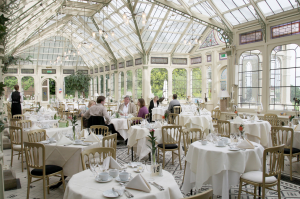 Then began a painstaking project of restoration and stylish refurbishment, in partnership with English Heritage. A highlight is the restored Victorian orangery, featuring stained glass windows and an original black and white mosaic floor.

The Daily Telegraph describes this as ‘a total delight…perhaps the best kept secret in British Theatre’. Past shows have included the lively musical The Little Shop of Horrors and patriotic Last Night of the Proms concerts. Pre-theatre dinner can be enjoyed in the hotel, or you can bring a picnic. 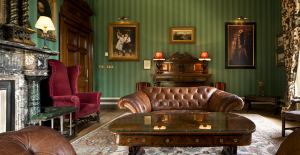 Fine dining is offered in the Wordsworth Restaurant, where chef Carl Dovey “revels in big flavours and imaginative combinations”. Choices include a neat twist on the classic surf and turf – Confit Oxtail with Seared Scallop. Meat and game are sourced locally from independent butchers and feature in main dishes such as Poached Venison Loin with Truffle pômme purée. Puddings include Cappuccino Brûlée with vanilla foam (a la carte menu, £40 for three courses). 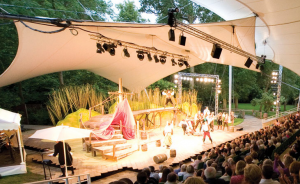 The Orangery offers a modern brasserie menu, with sharing dishes such as a Meze Platter (£11.95). Or how about Asian Noodle Salad (£6.50) followed by Pork Schnitzel with parsley potatoes, Stilton sauce and caramelised apple (£14.95) and, for dessert, Chocolate & Olive Oil Truffle with caramelised bananas & ice-cream (£6.50)? 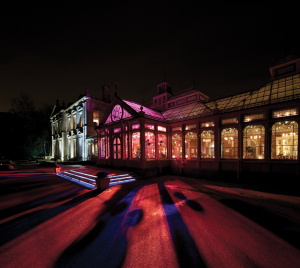 Afternoon tea at Kilworth
Afternoon tea is making a comeback. To enjoy it at its best, Kilworth House suggests tea should be taken in authentic Victorian surroundings such as theirs. They offer a range of sandwiches, scones, cakes, and pastries, plus ten varieties of tea, served every day, 4pm-6pm (£15.95). You may even get to sample sweet creations from one of the hotel’s three award-winners who recently scooped prizes for their creative patisserie at the prestigious Salon Culinaire awards. 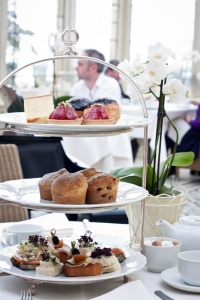