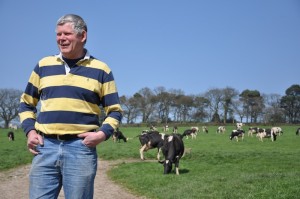 Do you remember ‘top of the milk’?

We used to fight over it in our house at breakfast time. It was our phrase for the very top layer of milk in the bottle, the part that was creamiest and most delicious, which made even Shreddies taste nice. It was so good and full of nutrients that sparrows used to peck through the foil to get at it.

Sadly, top of the milk, cream top, or whatever you want to call it, is now rarer than a speeding milk float. It’s become exactly the same as bottom of the milk and middle of the milk, and that’s because almost all supermarkets demand that
the milk they sell has been subject to a process called homogenisation.

However, I recently rediscovered that ‘top of the milk’ still exists in Charnwood Forest, just a few miles from Loughborough. Nestled in lush farmland is organic-certified Lubcloud Dairy, which doesn’t homogenise, and still produces milk the way nature intended (apart from pasteurising, of course) from its herd of Holstein Fresians. 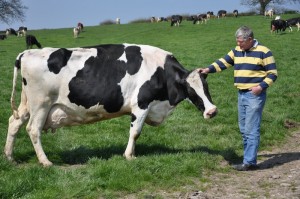 Phil Newcombe and one of his ‘girls’

“Homogenisation is an mechanical process designed to make milk completely uniform, so it looks and tastes the same all the way through the bottle,” says Phil Newcombe, the farmer behind Lubcloud Dairy. “During the homogenisation process, milk is passed through pipes and filters at a pressure of 2500psi. This breaks down the fat into fine globules that remain in suspension and don’t rise to the top. It changes the molecular structure.”

Homogenising, which was introduced in the USA in 1932, also makes milk look whiter, and therefore – so the logic goes – more appealing. In fact, the only reason for  subjecting milk to the process is cosmetic, a marketing ploy. For this reason, in Denmark and Norway  the authorities do not allow homogenised milk to be called organic. 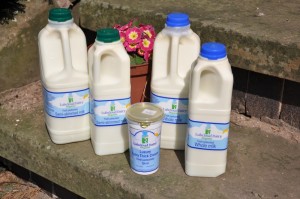 “There are some fuzzy health issues surrounding homogenisation,” claims Phil, “which is part of the reason we prefer not to do it.” 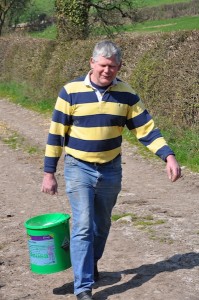 The challenge for Lubcloud, however, is re-educating customers used to homogenised milk. Lubcloud milk is different – thicker, fuller of flavour and, of course, with a creamy top. In the same way that supermarkets have trained us to avoid curly carrots and bumpy tomatoes, we’ve been conditioned to expect homogenised milk.

Next time you’re at your local farm shop, or even if you’re driving past Lubcloud Dairy, pop in and pick up a bottle of Lubcloud milk. Grab some cereal, pour it over and rediscover ‘top of the milk’. 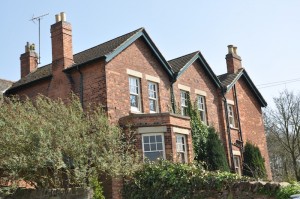