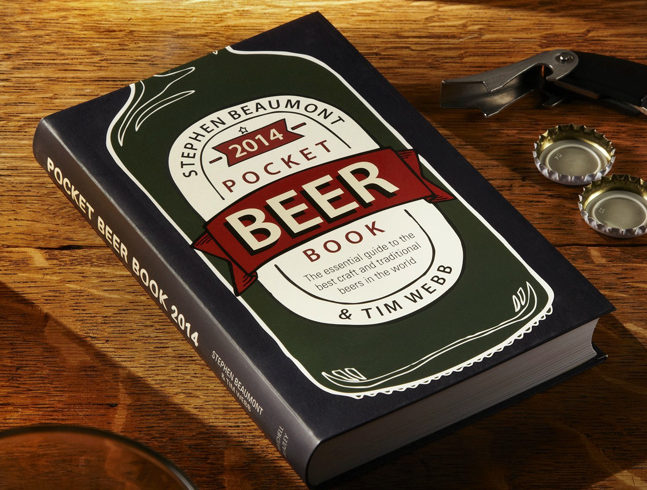 The Pocket Beer Book 2014 by Stephen Beaumont and Tim Webb is published by Mitchell Beazley. Described as “the definitive and most up-to-date guide to the best beers in the world”, the book aims to be a comprehensive guide to all things ale – “from the Bock beers of Germany to the Trappist beers of Belgium, the complex bitters and stouts of Britain to the cutting-edge brews of North America.” The book contains notes and ratings for over 3000 beers.

At Great Food Mag and Club, we love our beers – particularly local brews (have you seen our Midlands brewery map?) – and we’re fascinated by the rise of so many microbreweries and the concept of ‘craft’ beer – so we threw a few questions in the direction of authors Stephen Beaumont and Tim Webb. 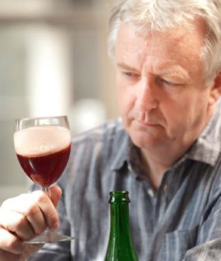 How would you define ‘craft’ beer?

SB: That’s a tricky one, but in the barest of terms it’s beer that exists outside of the status quo, quite apart from the tidal waves of pale and pallid lager, thin-bodied and lifeless ale and boring black beers that flow daily from taps and bottles and cans around the world.

TW: It is the opposite of industrial beer. Beer made with taste in mind rather than simplicity.

In what way do you feel the rise of craft beer has changed the British brewing landscape?

TW: Not very much yet but it will. The UK has been getting bored with high-volume low-strength beers for a while and a return to bolder styles from a hundred years earlier plus some new ones that are of our times will be welcomed by a wide range of beer drinkers old and new, not just pub goers. It is just a shame that so much of the experimentation has to come from the US and abroad.

SB: Simply, it has provided the public with increased drinking options, whether they are at the pub, a trendy bar or club, or scanning the shelves of the supermarket. Now, without needing to resort to imports, British consumers have access to a wealth of flavours and varieties in their beer choices.

What are your thoughts on ‘craft keg’?

SB: Just because a beer is served through a conventional draught tap does not mean it is evil. Many times we have found ourselves preferring a good keg beer over a poor or badly kept cask.

TW: It is a made-up concept, designed to be divisive. Some beers are better cask-conditioned, some brewery-conditioned. Put one type in the other format and it will not be so good. Simple as that, though bottle-conditioned is a lost art British brewers could exploit better. 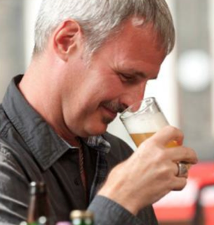 Do you think we are now at saturation point for the number of small breweries in the UK?

TW: Possibly. I don’t fancy the chances of yet more small brewers of 3.5-4.8% alcohol cask-conditioned light ales unless they are in brewing backwaters. On the other hand, if someone would care to make the first all-malt, noble-hopped 10-week lagered British pilsener, or a clutch of proper English-style pale ale, IPA, porter and stout for export, there are still fortunes to be made.

SB: Hard to say. Much of the beer market is still controlled by the massive multinationals, so there is still ample room for volume growth, but it seems inevitable that at some point local markets will become over-full with local brewers.

Who will be the winners and the losers among the hundreds of relatively new breweries that have launched in the past 10 years?

SB: The winners will be the ones which place emphasis on quality beer and measured growth. The losers will be those who view the market as simply a cash cow ready for exploitation.

TW: The losers, as ever, will be those who provide the same as everyone else, who make the mistake of cutting corners, and who have no clear business plan. The winners will be those who think their way into the new era without losing the age-old values that accrue to high quality production.

What impact has Brewdog had on the UK brewing industry?

TW: They have given it a much needed kick by daring to challenge the new orthrodoxy and expose its self-satisfied mundanity. And boy can they market. I don’t always like their beers but I love their spirited assault on the real ale generation, whose blind acceptance of dull beers made to an acceptable formula is frankly embarrassing.

SB: Upsetting a lot of people, maybe? No, seriously, what Brewdog has done is disturb the conventional view of British and more specifically Scottish beer, encouraging people to step away from the familiar and try something new. They’re not the only ones so doing, we should add, just perhaps the loudest.

Tim Webb is a Cambridge-based beer writer who is renowned across Europe and North America. His beer interest began in the early days of the Campaign for Real Ale (CAMRA), where he was on the board for six years and ran their Great British Beer Festival. He has gone on to be the UK’s foremost authority on Belgian beers and a chronicler of the extraordinary global revival of craft brewing, compiling eight editions of Good Beer Guide Belgium (1992 to 2014) and co-writing 100 Belgian Beers to Try Before You Die! (2008) and LambicLand (2004 and 2010).

Stephen Beaumont is a leading international beer authority who has been covering the subject for close to a quarter century. Based in Toronto, Canada, Stephen has written for a very wide range of publications, from Playboy and Esquire to Saveur and Whisky Advocate. He has also written, co-written or contributed to over a dozen books, including The World Atlas of Beer, which he co-authored with Webb in 2012, and has served as beverage and hospitality consultant to companies large and small, from Starwood Hotels and Resorts to Canada’s Prime Pubs.