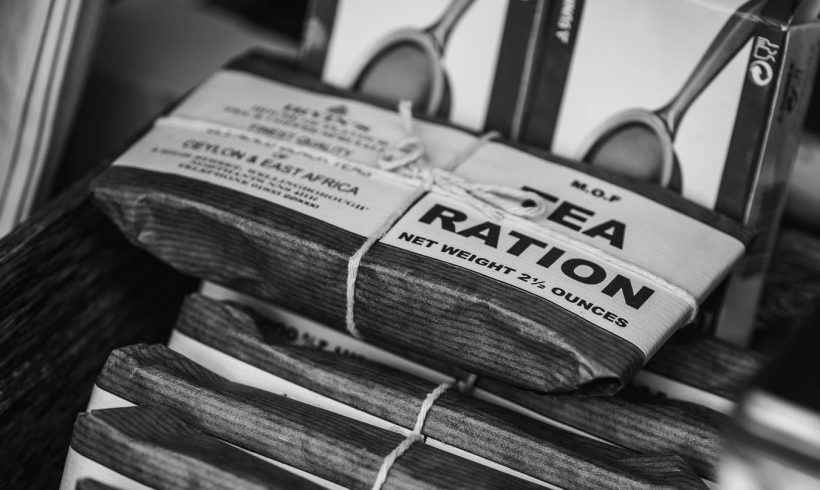 Reflecting on our wartime food and drink

The new year provides an opportunity to reflect on times gone by. As a specialist in heritage baking I often look back to the past, especially the two world wars. For the past three years there has been a focus on the First World War, and last year I was fortunate enough to be in France for the centenary of the Somme.

Many don’t realise that rationing occurred during World War One as well as World War Two. Soon after the outbreak of war in 1914 there was a food shortage caused by panic buying. But the public soon fell into a routine and there was self-imposed rationing, which was seen as part of one’s duty. This ensured enough resources were available, supported by supplies still getting through on the ships from America and Canada. However, in 1917 Germany introduced submarine warfare that stopped the ships, cutting off most of Britain’s food supplies.

With no control on purchasing and rising costs, only those who could afford it kept well-stocked larders. For most, this resulted in high levels of malnutrition and risk of starvation. Faced with this crisis, the Government introduced rationing in February 1918 using the Defence of the Realm Act. By the end of April 1918 most foods had been rationed including sugar, meat, butter, cheese and margarine.

To read about our experiences cooking with a World War One cookery book, click here.

I was fortunate to be on the frontline of the Somme on July 1 at 7.30am, 2016, for that significant moment. As the sun rose in the field near Carnoy, the silence was broken only by the skylarks’ song and the corn rustling as if shadows of soldiers were moving through it. Listen hard you could almost hear a distant whistle marking the start of the battle. Standing there thinking of our great relatives who fought and died there was a truly poignant moment that put a lot into perspective and will be etched in memory for life.

Here at Ria’s Rosy Lee in Wellingborough, Northants, we have always done our best to honour history. One of our set afternoon tea menus – which we can provide at events – is dedicated to World War One. Inspired by the flavours of the time, we aim to represent an authentic taste of the era. This includes such delicacies as beef and horseradish sandwiches, empire fruitcake, and seed cake. The empire fruitcake is included as we still celebrated Empire Day back then, even though the end of the war signalled the beginning of the end of the Empire. Empire cake was created to celebrate Empire Day, which used to take place on May 5 – Queen Victoria’s birthday. The cake’s flavours and ingredients were intended to represent all four corners of the British Empire, resulting in fruity, spicy – and boozy – flavours.

If required we can serve empire cake with World War One tea or coffee, which we have created using almost the exact blends available at the time. The tea contains a majority of Ceylon leaves as this plantation provided Britain with most of its tea supplies back then. However, due to the war, the ingredients in the blend had to change, resulting in a sharper, more citric taste than we are used to today.