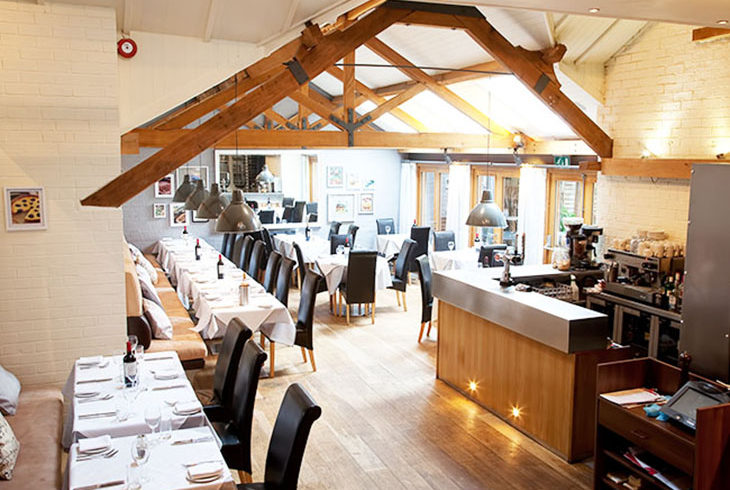 It seems that whenever I write for Great Food Club, I feature somewhere in my little home town of Rugby. But if you’re doubting me and my judgement, I’m happy to say that when it comes to Ferguson’s in Rugby, it’s not just me who’s a fan, but the judges from the Michelin Guide too, who have included it in the 2016 edition.

When I first arrived in Rugby eight years ago, this restaurant behind one of the town’s most popular pubs, the Merchants, was an eaterie called Vermillion. It was quite good. When you live in a small town and somewhere changes hands, you worry that your limited selection of decent places may be diminished further, but when Ferguson’s appeared in late 2013 the opposite happened.

Chef and director David Ferguson has more than 15 years’ experience and has worked alongside top chefs like Nick Nairn, Alex Howard and Marc Billings. In short, he knows his stuff.

The interior is warehouse-style and quite minimalist. It feels bright and airy and the kitchen is open.

The menu appears simple, but the real success is in the execution. On our first visit, we enjoyed a quiet meal on a weekday night. As is customary in many restaurants trying hard these days, we were offered an amuse-bouche of pea and ham panna cotta with ham hock before diving into our main courses.

We chomped our way through a truffled Camembert as a starter. Not a severe test of a chef’s ability, but a nice variation on a dish that appears on so many menus.

My husband chose steak and loved every second of it. I was after a bit more of a showcase of what the kitchen can do, so had rack of lamb. It wasn’t just the perfectly pink cutlets that plastered a smile on my face, but the addition of an individual shepherd’s pie on the plate. Slow-cooked lamb, pulled and mixed with gravy, with a delicate yet warming mashed potato piped on top. Impeccable presentation and great flavour.

But our dessert that night was the real winner. We decided to share a peanut butter parfait topped with chocolate brownie and salted popcorn. It sounded like a bit of a mish-mash, and even looked a bit like that. But it really worked – creamy peanutty parfait, with rich chocolate, all contrasted by the salty popcorn. A triumph.

We were so impressed that we decided to return with friends a few weeks later, trying Ferguson’s out on a busy Saturday night. This was more of an occasion as we were celebrating, so the bubbles flowed.

For the main course, all four of us struggled to take our eyes off the chateaubriand and decided if it couldn’t be done on a special occasion, then when could it? And impressive it was, sliced into pink, tender slabs of meat served on large plates with fat field mushrooms and watercress. This was done just how I like it – plenty rare so it cuts like butter. 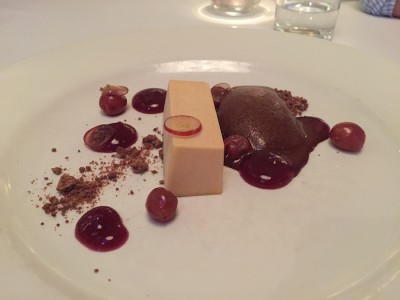 On both occasions the service was good – not too formal, but efficient and helpful. The food was imaginatively cooked and presented yet still retained that classic touch that seems to survive foodie trends. David obviously cares about what he’s doing and when I’ve managed to grab him for a brief chat, his passion for good food is clear to see.

And if you don’t trust me, trust the Michelin judges, who described the cooking at Ferguson’s as “carefully prepared and ambitious with modern tones”.