Six reasons for ale & pub lovers to be happy

Above left: GFC Pub of the Month, Cooper’s Tavern in Burton upon Trent

1) Upcoming local beer festivals
Beer festival season is in full swing with three more crackers on our patch coming up. First up is the Walsall Beer Festival (April 9-11), which takes place at the Walsall Town Hall, followed by the Stourbrige Beer Festival (Stourbridge Town Hall, April 16-18). And the month’s ale festivals end in style with the Coventry Beer Festival, which is serving up over 80 beers at Coventry Rugby Club (April 24-25).

2) Taylor’s of Attleborough’s Number One
However, whatever is on offer at these three festivals it will have to pull out all the stops to match the best pint I’ve had this month. The inaugural Great Food Club Beer of the Month Award goes to Taylor’s Attleborough Brewery with its delicious Number One. The tasting notes say it’s biscuity but there was a great taste of caramel and big thumbs up to The Borough Arms in Burton upon Trent, too, for keeping this pint so well. 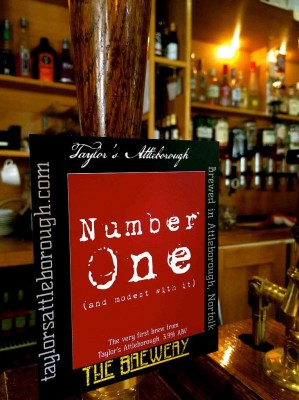 3) New pubs galore
Staying in Burton and the good news for drinkers is that Black Country Ales are taking over The Dog and have already removed the DJ console in a bid to concentrate on their quality range of ales such as BFG and Fireside. The pub is set to open in May.

Talking of new watering holes, Ilkeston in Derbyshire is set to get a new micropub with the opening of the quirkily named Burnt Pig. In true micropub fashion, owner Simon Clarke, who runs Truly Scrumptious sandwich shop, is sprucing up a derelict shop that has lain empty for years.

Also, Nottingham-based Springhead Brewery are celebrating 25 years of brewing with a new pub called The Ginger Pig in Retford, while Derby Brewing Company are set to open their fourth ale house, at The Kedleston Hotel.

4) Neil Morrissey’s boozer
Bob the Builder is behaving badly as Neil Morrissey launched the Plume of Feathers pub in Barlaston this month. The Stafford-born TV star’s MSW Pub Company are leasing the revamped boozer from Punch Taverns and promising to promote Midlands beer. 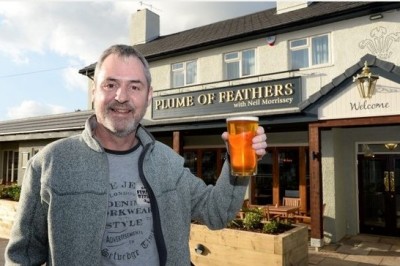 5) Pub of the Month Award
Great Food Club Pub of the Month Award goes to the legendary Cooper’s Tavern in Burton upon Trent. In the home of brewing it is fantastic to see a cracking little pub packed to the rafters most evenings. Ironically, it is dwarfed by the behemoth known as Molson-Coors just over the road, but this Joule’s house is much more like a pub should be.

I had a splendid pint of Thornbridge Chiron but could have chosen plenty as they serve directly from at least four casks on to a barrel top. Beer barrels, memorabilia and history permeate this pub and the sense of atmosphere is palpable. With a curry house (Apne) next door where you can take your beer, Acoustic Sundays once a week, and a nod to Burton’s past with an Ind Coope room and a Bass room, there really is no excuse not to visit!

6) New micropubs
Whispers on the grapevine are that Birmingham is finally set to get its first micropub in Stirchley called The Wildcat Tap. Also, Redditch-based Black Tap Brewing Company are soon to open their own micropub.