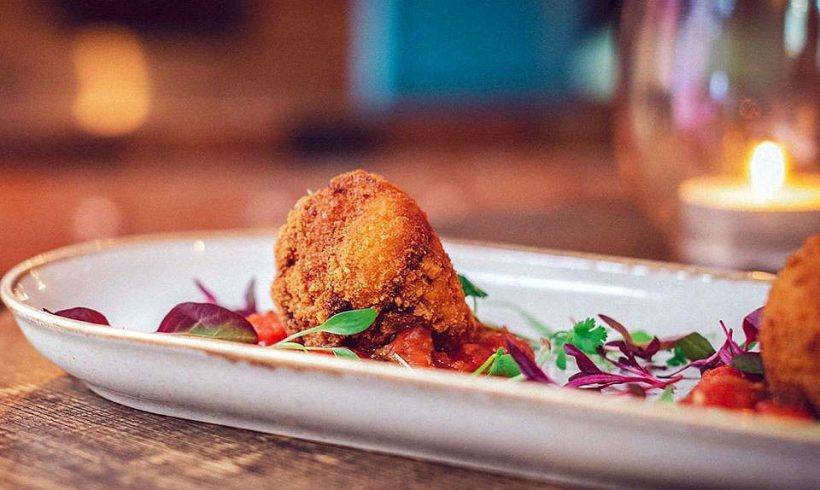 Stamford licks its lips as Orbis comes to town

Jonathan Spencer is a busy man – he is the owner of both the popular Hoppi Dorri Asian-fusion restaurant in Stamford, south Lincolnshire, and Orbis in Oakham, Rutland. And this month he will open a third venue because Orbis is set to replicate its winning formula in Stamford. We’d seen a buzz building on Facebook and Instagram and managed to catch Jonathan for a quick chat to see what diners can expect from this new restaurant.

Orbis in Oakham opened two months before the first lockdown of 2020 and yet, despite that, it didn’t just survive, it positively thrived and was a finalist in our World Cuisine Restaurant of the Year title. Its focus is simple – international cuisine in the form of small plates, sharing dishes and cocktails, all beautifully presented. It’s also attracted an enthusiastic fan base among the gluten-free community because everything on the menu is gluten-free.

“Gluten-free isn’t a fad – it affects over one million people in the UK so that’s a huge chunk of the population,” says Jonathan, “for those people, eating anywhere with the risk of cross-contamination is off-limits. I asked the chef which of our ingredients had gluten in and made the decision to replace each one. The coeliac community has a strong connection with each other and they’ve loved what we are doing – it’s been like word of mouth on steroids!”

As you might expect, bookings for Orbis in Stamford (which is located above Hoppi Dorri) are filling up ahead of the opening and in addition to lunch, dinner and brunch – a bottomless brunch will be available in the future, revealed Jonathan, adding that it’s “one of the most requested things”.

Diners can take a gourmet trip around the globe from their table – the Taste the World menu includes Moroccan Spiced Duck Breast, Caribbean Jerk Chicken, Kentucky Fried Cauliflower (vegan), Maple Syrup Belly Pork (Jonathan’s personal favourite – “delicious with a melting middle”) and… Cornflake Chicken with Sticky Peanut Butter Mayonnaise. The latter was inspired by a YouTube video Jonathan saw and the mayo accompaniment is so popular in the Oakham restaurant that people often request it to dip their chips in.

In Stamford, both Orbis and Hoppi Dorri will continue to operate as two separate restaurants although diners from Hoppi Dorri can enjoy cocktails upstairs at Orbis after 8pm. And while Hoppi Dorri will remain a one-restaurant offering with the introduction of a Chef’s Table with a Tasting Menu, there are already ambitious plans to open further Orbis restaurants.

Does Jonathan get any sleep? “I don’t need sleep, coffee or Red Bull”, he laughs, “it’s pure passion that’s driving me.”

Find out more about Orbis in Stamford at: https://www.facebook.com/OrbisStamford