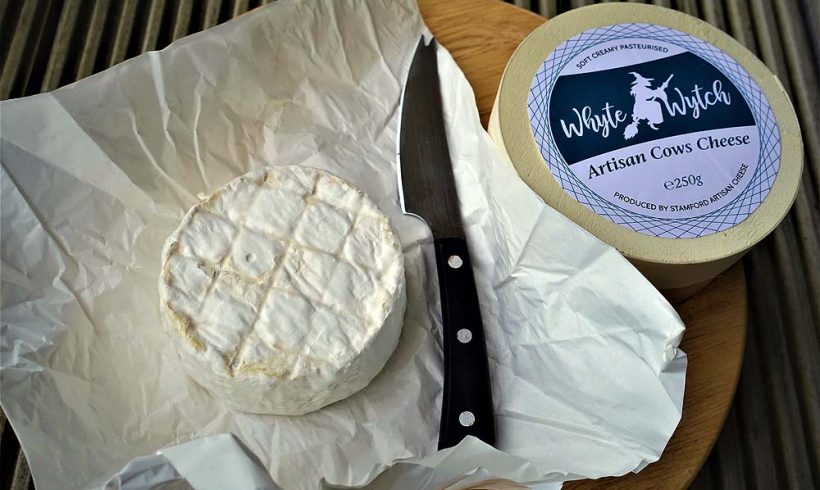 A cheesemaker is to open a creamery at Sacrewell Farm’s new Artisan Courtyard near Wansford in Cambridgeshire. Alison Williamson from Stamford launched Whyte Wytch in 2020 after retiring from her role in IT.

The white cheese takes six-weeks to mature and there are 100 rounds per batch. A cross between camembert and brie, it can be eaten cold or heated in the oven and has a creamy, nutty texture without being overpowering.

Alison hopes the first batch will be available from mid-February. She’ll make a new batch every week. The project has been part-funded by the European Agricultural Fund for Rural Development.

She said: “The cheesemaking process is quite complex and I’m really looking forward to sharing it with visitors to Sacrewell.

“We think it will be the only artisan cheese currently made in Cambridgeshire, which is really exciting. The milk for the cheese is sourced from a farm in Bassingthorpe, so it’s a culmination of local and rural diversification.”

Alison will join Nene Valley Spirits, Stamford Heavenly Chocolates, Dave the Blacksmith, Nene Coppicing & Crafts, and woodcarver Glyn Mould who already have premises within the Artisan Courtyard. The courtyard is open for visitors to come and browse without paying entry to the farm. Gin and chocolate can be bought directly from the retailers on site.

Once it has matured, the cheese will be available from Sacrewell’s shop or online via Alison’s website.

Alison added: “Once we have settled into the site, we are going to look at doing cheesemaking and tasting workshops which will complement the workshops already available on-site at Nene Valley Spirits, Stamford Heavenly Chocolates and Sacrewell’s own blacksmithing courses.”

Lee Scowen, general manager at Sacrewell, said: “We’re really excited to have Whyte Wytch opening at Sacrewell in the new year. With so many wonderful new start-ups and businesses already on site, the courtyard is fast becoming the rural food and craft hub that we envisioned it to be.”