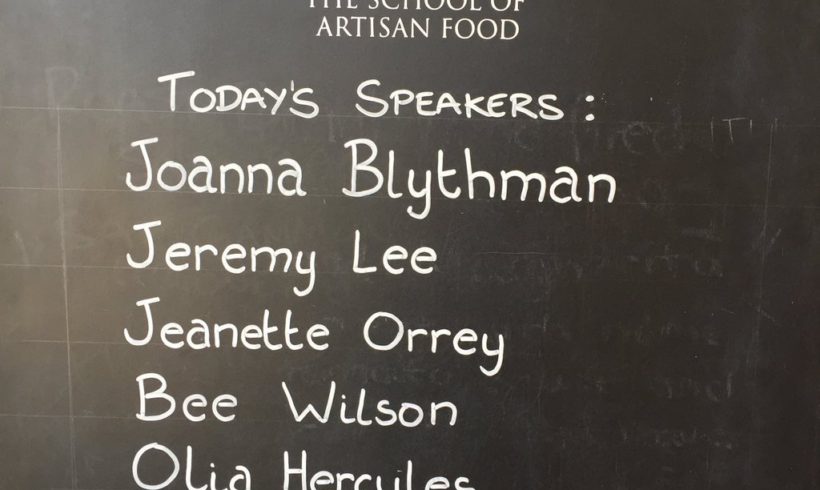 The Artisan School cooks up nutritious Food For Thought

I recently had the pleasure of attending The School of Artisan Food’s Lecture Weekend – ‘Food for Thought’. For those not familiar with this wonderful place (a Great Food Club member business), the School is located on the beautiful Welbeck Estate in north Nottinghamshire. Famous for its tunnels and underground ballroom, it is the ancestral home of the Dukes of Portland and is situated at the heart of the Dukeries – the ancient hunting grounds of the nobility. Not only that, the School is a fantastic resource hosting all kinds of artisan food courses from baking and patisserie to cheese making and artisan ice cream, butchery and cider making. It’s one of my favourite places.

Last weekend brought some of the stars of the culinary world to Nottinghamshire to talk to a foodie audience. It was an eclectic mix – food writers, bloggers, home-cooks, a vet, retired sorts and ambitious young food writers up from London. It was also an eclectic mix of speakers including journalists, writers, chefs, farmers, historians, restaurant owners and activists. 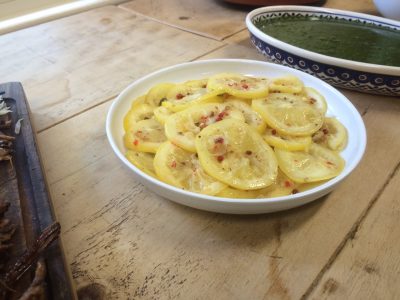 There was some great food to accompany the talks

Journalist and author Joanna Blythman kicked off the debates. She talked about the food industry and the science of processed food, additives and the food-like substances used to extend shelf-life and the distaste she clearly has for them. Jeremy Lee, the exuberant head chef at Quo Vardis, talked of his journey through food, about English cooking and some of his favourite books, and provided an entertaining gambol through all manner of anecdotes. He is a great speaker. If you get chance to hear him, go.

Jeanette Orrey MBE has been campaigning on school food for many years and was the inspiration for Jamie Oliver’s campaign to get rid of Turkey Twizzlers from school menus and bring back real food. She remains passionate about improving school food and talked us through some of the horrors of trying to feed kids with two courses for 29p a head.

Bee Wilson, food writer and journalist, talked about learning to feed as well as eat. As she says: “We all begin with milk, but after that everything else is up for grabs”. Bee was followed by the utterly charming Olia Hercules, a Ukrainian chef whose recent cookbook Mamushka has won several awards. Olia talked about traditional (and not so traditional) Ukrainian fermented foods, and evoked amazing images of her homeland, her culture and food. 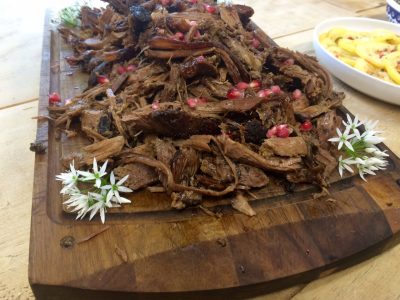 Sunday started with the inspirational Anna Hedworth, who opened her now award-winning restaurant The Cook House in a shipping container in Newcastle, followed by James Whetlor of Cabrito whose goat-meat business is going from strength to strength (and on the basis of his goat-meat sausages over lunch I can fully understand why). He offered a fascinating and rather startling insight into the difficulties small artisan producers encounter when trying to supply supermarkets.

Honey and Co described their journey from Israel to setting up a restaurant in London selling Middle Eastern-inspired food, to their award-winning recipe books. And Andrew Graham Dixon – art historian and TV presenter – spoke fluently and wittily about Englishness and Britishness and the loucheness of the continental art scene compared to the buttoned up, imagery-lacking world of the English Reformation.

The day finished with the inimitable food historian Ivan Day, who entertained and informed on the history of food through the Grand Tours of Europe that young English aristocrats undertook in the 17th and 18th Centuries – from huge feasts to feed the parish poor to delicate Victorian sugarwork.

What a fantastic weekend. Look out for next year’s. A couple of days of foodie indulgence in beautiful surroundings with wonderful food. What’s not to like?