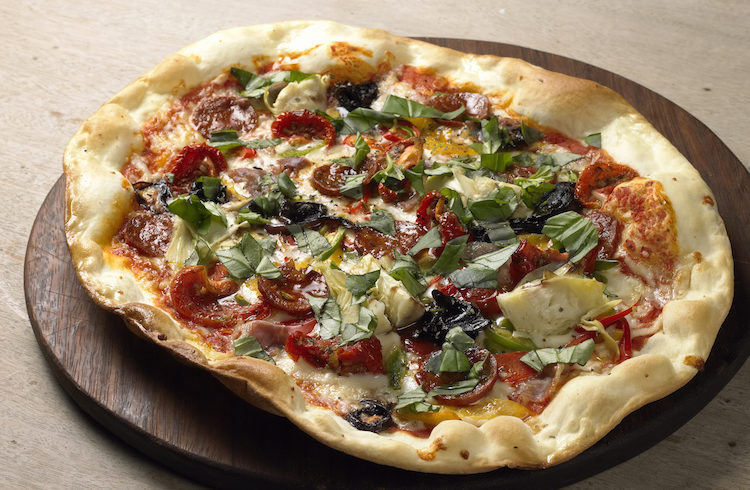 Knead Pubs are known for their freshly-made stonebaked pizzas

The continued rise of the Knead Pubs empire

As someone who grew up in Stamford, Lincolnshire, I have fond memories of enjoying the odd pint in the old Black Bull pub on Stamford Walk in the late 1990s. And ever since I’ve followed the exploits of local publican extraordinaire Michael Thurlby with interest.

The Black Bull – now PJ’s Bed & Breakfast at The Black Bull – was Mr Thurlby’s first hostelry, and over the proceeding years he’s bought The Periwig, Tobie Norris and Crown Hotel in Stamford, plus The Lord Nelson in Oakham and Bourne pubs Smith’s and The Jubilee. Last but not least, Michael’s pub portfolio also includes The Prince Rupert in Newark. He has also previously run The Exeter Arms at Easton on the Hill and The White Hart at Ufford. 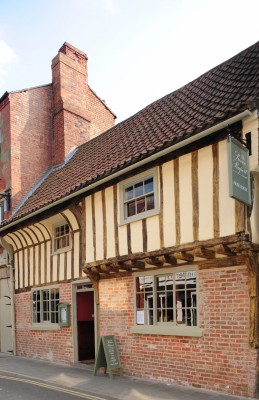 The Prince Rupert – all Knead pubs are in historic buildings

A local legend, Michael Thurlby clearly has a knack for pubs – both restoring and running them – and Stamford pub goers in particular can be thankful for his hard work, passion and investment. The Tobie Norris is one of the best pub restoration jobs you’ll see anywhere, and the Crown today feels like the thriving town centre pub/hotel it always had the potential to be. And none of this has been achieved just by writing cheques, getting the builders in and sitting back. Many readers will have seen Michael collecting glasses in his own inns, getting his hands dirty as if he were a trainee. He’s also known for rising at 5am most mornings to help out on his family farm in Tallington. 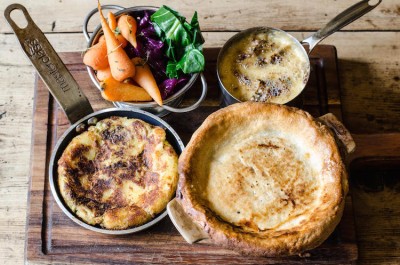 Five of the seven pubs owned by Michael Thurlby – all except The Periwig and The Jubilee – have recently been branded together under the name ‘Knead Pubs’, which in total now employs 190 staff. 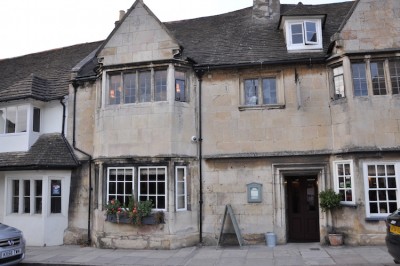 Why are you called ‘Knead Pubs’?

Nick: “The name relates to ‘kneading’ dough and refers to the fact that we serve freshly-made stonebaked pizza – baked in special pizza ovens imported from Italy – in all Knead Pubs except The Crown, although The Crown might start to offer them soon, too.”

Ross: “We decided to create Knead Pubs because Mick [Thurlby] wanted the brand to mean something rather than just be his surname, and to link all the sites together, under one umbrella. We also wanted to communicate that fact that you can walk into any Knead pub and feel confident that you will get the same level of quality. Our five pubs might look and feel different, and offer different menus, but the same general high standards applies at each.” 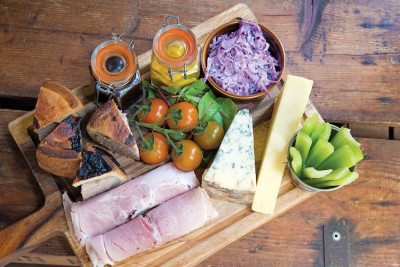 What is the Knead philosophy?

Ross: “One of our ‘things’ at Knead is we’re forever reinvesting and changing things to stay fresh – we know that as soon as we stop, we’ll be overtaken. For example, The Tobie Norris didn’t used to serve food on Fridays and Saturdays, but now it’s a critical part of the offering. Similarly, at Smith’s of Bourne we only used to serve baguettes, but now food makes up 50 per cent of the revenue. Sunday night dining has also gone through the roof at all our sites. The market is constantly evolving and we’re constantly adapting to it. Stamford is doing brilliantly compared to five years ago – the Burghley Horse Trials have doubled in size, the Rutland Water Bird Fair has quadrupled, plus there are lots of regular big events at Burghley House – and it’s great to be able to respond to the town’s changing needs and generally play a role here.”

Do you source your ingredients locally?

Nick: “All lamb and beef (Lincoln Red) come from Andy’s [Michael’s brother’s] farm in Tallington. We like to use the entire animal where possible – and by the way, Oakham folk like their lambs’ liver! It doesn’t seem to go down anywhere near as well at our other sites. The farm also supplies us with asparagus and whatever falls off the trees, from quince to apples to blackberries.”

What’s next for Knead Pubs?

Ross: “The Periwig is our next project. We are thinking of changes next year but are still in discussions as to what we might do. At The Crown we’ve already reinvested a huge amount – we’ve finished the lounge and we’re about 70 per cent through bedrooms – but we have around two years’ work ahead of us. We’ll be refreshing the bar next. We’re also on the hunt for new Knead Pub sites in towns like Lincoln and Cambridge. Watch this space.”