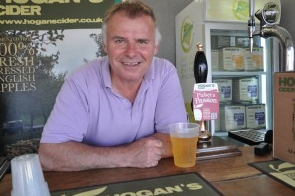 The scene of my sweaty request was the food village at the CLA Game Fair, Ragley Hall (July 19-21), and it was so hot I thought I was in the Gobi Desert. Which means it was perfect cider and perry weather. These fruity drinks have been enjoying a British resurgence, with UK cider now outselling lager. Perry, meanwhile – which is fermented pear juice – is a bevy with centuries of heritage that nearly died out in the late 20th century, but now it’s on the up. For both cider and perry, my advice is to avoid mass-produced stuff and find local artisan producers.

At the Game Fair my first port of call was Hogan’s Cider. Allen Hogan, based in Alcester, has been fermenting apple and pear juice pressed from fruit grown in Herefordshire, Worcestershire and Gloucestershire for 25 years. He makes excellent brews.

While regaining my cool at Allen’s stand, I got chatting to a chap who turned out to be the second largest perry producer in Wales. James Perks is also director of the Welsh Perry & Cider Society and is a passionate shooter. He runs Raglan Cider Mill in Monmouthshire, a beautiful old cider house on the Llanarth estate, which is also the location of a family-run driven pheasant shoot. 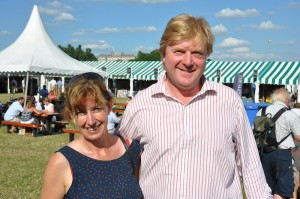 Other Game Fair finds were Cornish Blue cheese, made near Liskeard. It’s my new favourite blue. And I was also impressed by The Handmade Scotch Egg Company of Herefordshire. Finally, a mention for Deli Farm Charcuterie – another Cornish producer. This one makes superb venison salami and fantastic duck prosciutto. 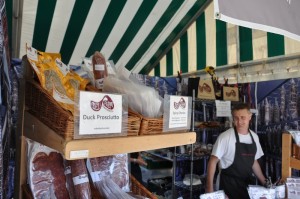