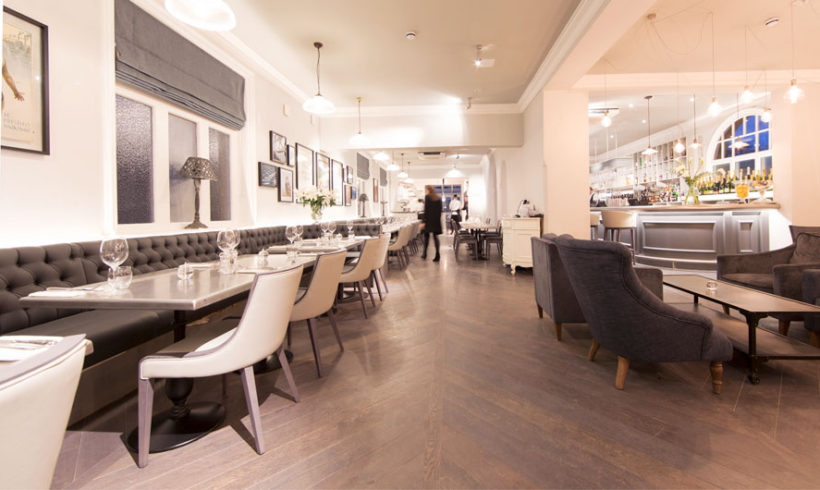 The Mystery Muncher visited Melbourne again recently. No, not the Aussie torture ground for English cricket, but rather the original home of the place name on the Derbyshire/Leicestershire border. It’s been known for decades for having one of the few consistently good restaurants in the East Midlands – The Bay Tree. But this was a foray to a newish place that sounded like a new heritage colour from Farrow & Ball. 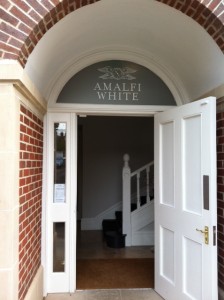 Amalfi White is apparently a fusion of Italian and Kiwi ideas reflecting the background of the owners. When you could find the food in a menu that was 90% marketing and 10% food, it included staples like pastas and risottos but also fairly creative specials like shredded ox cheek pizza and mussels in chilli and cider broth. The cod bites sounded boring but were actually presented beautifully and tasted light and flavoursome. The other seafood was excellent and cooked in the kitchen at the end of the restaurant. Anyone who has read previous Mystery Muncher reviews will know that he now has to avoid gluten and I am glad to say that the staff here were knowledgeable and really helpful with GF choices.

The wine list was reasonably adventurous with unusual Kiwi reds such as Man O’ War Dreadnought Syrah as well as Italian good quality like Amarone and Brunello. The list of whites also avoided the standard Marlborough or Soave alternatives and was equally impressive. One unique offering mentioned on my first visit is that in future you may be able to order any of the finest wines by the glass and not just by the bottle. So if you fancy a glass of Petrus or Krug (doesn’t everyone?) then this could be the place.

The building was originally something like a Victorian bank, which has been dramatically and expensively modernised. The restaurant is on the ground floor and looks really good, though the amount of hard surfaces can affect noise. One large and loud table of Ladies Who Lunch over the far side gave the Mystery Muncher tinnitus that lasted for weeks. 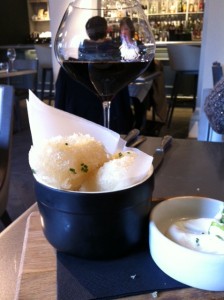 Amalfi White feels out of place in some ways. It’s more like a restaurant in London, Birmingham, Auckland or Rome. But that is the whole point and they are to be congratulated.