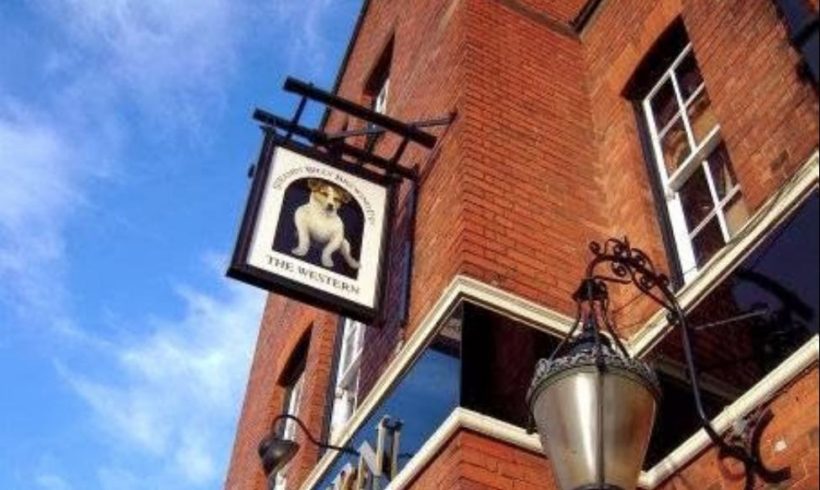 The pub with a big surprise waiting for you upstairs

Some pub operators must think creatively to stay ahead these days. Take The Western in Leicester city centre, for example. A few years ago it had a tired upstairs function room that added almost nothing to the bottom line. However, that dead space is now a thriving part of the pub. In 2012 it became ‘Upstairs at The Western’ – a boutique theatre and performance space. 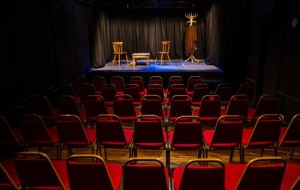 Run by Off The Fence theatre company, who have offices at the pub, Upstairs at The Western packs in the punters every week. Not only that, it has elevated The Western from inner city boozer to Leicester’s only theatre pub, which bags it the sort of publicity it could only have dreamt about in the old days. It’s a win for the pub, a win for the theatre company and a win for Leicester’s cultural landscape. And it has sprung from two creative partnerships.

The Western is owned by Everards Brewery and is run by Leicester’s Steamin’ Billy Brewing Co. It is part of Everards’ award-winning Project William scheme, where they team up with local microbreweries to rent them pubs that they can brand and run as their own. That’s the first creative partnership. From that partnership sprang the second: Steamin’ Billy’s relationship with Off The Fence theatre company.

Steamin’ Billy pub manager Kieran Lyons says: “First we tried the upstairs room as a restaurant, then as a lounge with sofas – they didn’t work – so we started to let community groups use it for free. One of those community groups turned out to be Off The Fence. They asked whether they could put on a play, then a couple of plays, and then a season. It snowballed from there.” 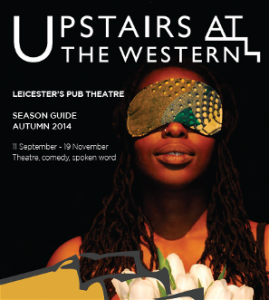 Upstairs at The Western now seats up to 68 people and is an official venue for Dave’s annual Leicester Comedy Festival each February. Now into its fourth season, it hosts artistic plays, stand-up, poetry recitals and talks from local celebrities such as Dave Bartram from Showaddywaddy, and Leicester Tigers’ George Chuter.

Off The Fence creative director Gary Phillpott says: “We try to get the balance right between theatre and entertainment. When we moved in it was just a room we used as a workshop. Then we had this idea to put on a play and use it as a performance space, so we put up lighting bars and curtain bars, spent £150 on material, made some curtains and put on a play. It worked – so well that we had to get extra seats. Then we thought, if we can do it for ourselves, can we put on plays and shows for other people too.”

That’s what they’ve done. And it has been transformational for The Western, which is about to undergo an interior refurbishment in January 2015. Kieran says: “People now come to the pub who would never have come here without Upstairs at The Western, and the theatre company sells tickets to people who’d never usually have gone to the theatre. It’s raised the profile of the pub hugely. It’s no extra work for me – but we benefit from it.”

Leighton Turner, operations manager for Steamin’ Billy, agrees: “The marketing that Off The Fence does is phenomenal with leaflet drops, press coverage and social media – The Western feeds from that.” 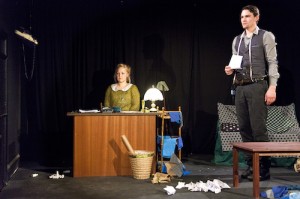 So by its owner and operators thinking about the pub creatively, The Western has been given a new lease of life. First Everards’ teamed up with Steamin’ Billy, then Steamin’ Billy partnered Off The Fence. Now the pub’s operator is now taking the theme further still by getting together with a food provider – Flaming Mo’s Pizza – who come in to cook and serve woodfired pizza at The Western at weekends. The message is clear: pubs that use their spaces creatively and embrace clever local partnerships can thrive.