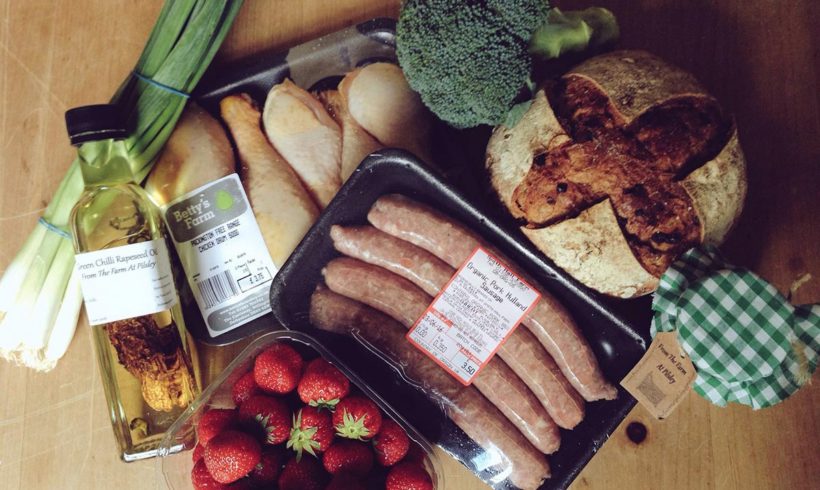 A better model than the farmers’ market? Why The Food Assembly is on the rise

The Food Assembly launched in 2010 with the aim of developing a way of sourcing and selling local fresh food through the internet and social media. Starting in Paris, other cities in France soon followed suit, and the idea began to grow across Europe, with Assemblies starting in Germany, Belgium and the UK. The project is now booming, with over 700 assemblies, 4,500 producers and 100,000 active members across Europe.

The digital platform creates an exchange between local producers and a community of customers who then meet up regularly at a Food Assembly, therefore bypassing the complex and unclear supply chain often associated with food. “It removes the middle man – there is no way the food can be interfered with. It comes straight from the farm or bakery,” says Derby Food Assembly ‘host’ Sara Green. 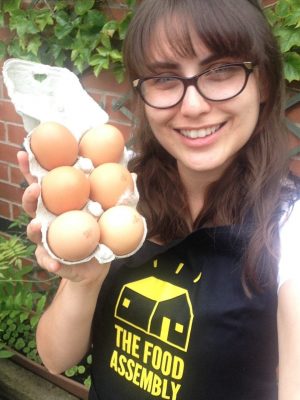 Each week a list of products are advertised on the Assembly website and members are encouraged to make their purchases, then told when they will collect their produce, often at the same place and time in the evening each week. The producers attend the meeting and the products are exchanged. The consumers are given the opportunity to chat and connect with the producers. “Customers can speak to the producers, actually chat to the people who produce the food. If you don’t know how to cook or prepare something or want to find out what’s coming into season then you can ask,” says Sara.

Sara started the Derby Food Assembly with the hope of bridging the gap between people wanting to source and purchase local produce but not finding the concept of a farmers’ market convenient. Often held in the week, or only once a month, some farmers’ markets are struggling to remain relevant in a digital- and convenience-focused age, and the Food Assembly is offering a solution. “There are loads of great producers in and around Derby, but driving to the individual farm shops at weekends or attending infrequent daytime markets is not that convenient,” says Sara. “This is more convenient and accessible.” 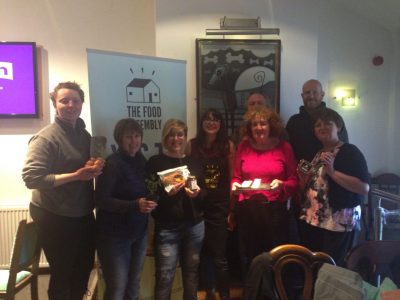 Some of the Derby Food Assembly team

For Sara, even though the Food Assemblies use technology and innovation to connect people to local produce, it is actually a back-to-basics model. “It’s reminiscent of a time when you would know who produced your food, it re-establishes that connection.

“You can make an informed decision about what you are buying. In supermarkets, packaging is so confusing now. You can’t find anything out. But buying directly from the producers means you can ask about certain aspects that are important to you: animal welfare, environmental practices, organic produce and so on.”

It’s early days for the Derby Food Assembly, having only been in existence for a matter of months. But there is clearly demand, with over 450 members and producers supplying fresh bread, fruit and vegetables, meat, eggs, cheese, local honey and vegetarian pastries. “We have a good range, but there are certainly areas I would like to fill,” says Sara.

Feedback from producers has also been positive in Derby – as Sara notes, many producers are finding farmers’ markets tough and this is a different outlet where they can make sales. “It’s different to farmers’ markets because the producers don’t have to do any sales pitches and as all orders are done beforehand, there is no waste,” she explains.

The role of each Assembly host – Sara in the case of Derby Food Assembly – is paramount to the success of the scheme. The host brings together the producers and members, supporting local businesses and producers, and giving consumers a way to access locally produced food. “It’s a great thing to do if you are interested in community schemes, food or farming,” says Sara. “It feels good to be linking people to local produce.” The Food Assembly website contains details of how you can get involved in your area.

“There is still a distinct lack of ways for people to buy local food,” Sara continues. “Lots of people are interested in it but don’t have a convenient, accessible way to purchase it. Food Assemblies can fill this space and bridge the gap for people to shop more locally and to connect with their producers.”

For more information about the Food Assembly project and to find your local Assembly, click here.

Mel is a journalist living in Northamptonshire