The story of Rutland’s famous miller 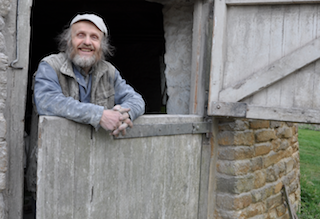 Fifty years ago, a boy climbed onto the back of a pony in rural Leicestershire and rode out into the countryside. The little boy lived in the city of Leicester. Ponies are conducive to childrens’ dreams. This dreamer’s dream was quite unusual. On his regular route lay the Fenney Windmill at Shepshed. The mill towered above the little boy as his pony ambled by. From the first time he saw it from his pony, much as it would have been viewed more than a century earlier by any traveller on horse-back, Nigel Moon decided he would become a miller.

Childhood dreams come and go. Nigel’s dream was shared by his parents. As it became clear that young Nigel was very serious indeed, so his father, a fresh water biologist for whom the countryside was a passion, and his mother, started driving around the country with him, looking for mills in need of rescue. 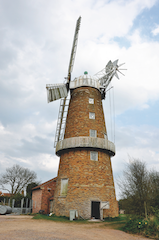 Having tried to buy Whissendine mill in the early 1970s, the family bought derelict Soham mill, Cambridgeshire, in 1974, which they restored. Nigel’s mother ran a shop in a caravan selling flour and frozen ready-mixed dough. Their aim, was to encourage people to bake their own bread using real flour. 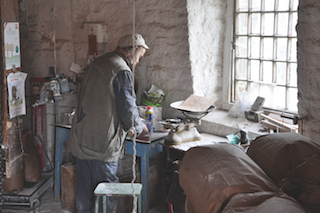 Nigel restored the mill at Soham and rebuilt its sails, his first attempt at doing so. Paradoxically, Nigel, having adopted the most traditional of crafts, embraced the future. He decided to use a steel arm in the new sails as a stronger option instead of the traditional wood. When the sails were finally ready to turn in the wind, he let them gather speed. The great new sails came slowly to a halt as the wind died down. Nigel’s mother stood back to admire her son’s great achievement just as the weld on the new steel join cracked. The whole sail sheared off and, falling, impaled itself in the ground a few feet from where his mother was standing. 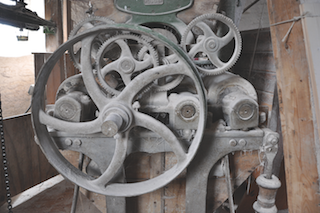 History does not record how Nigel’s mother reacted, but she is still to be found, now in her nineties, hard at work supporting her son in his lifelong endeavour. Nigel learnt his lesson from his flirtation with modernity. He went back to wood. 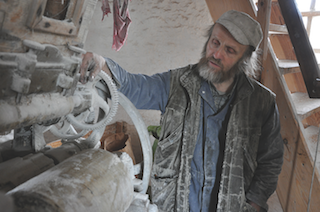 Although Nigel’s early attempts to buy Whissendine Windmill had been rebuffed, he maintained contact with the building by helping  in the restoration of its windows over several years.

The family’s quest remained beset by the curse of the drive to convert mills into houses as an alternative form of a rural-housing dream. This in itself was a threat to the remaining mills’ chances of ever regaining their original purpose.

Nigel still had his heart set on taking on the Whissendine mill and negotiated with its owner at the time for three years. 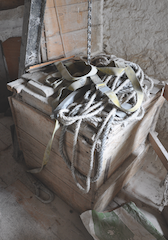 Between 1981 and 1986 Nigel was commissioned to rebuild Wymondham Mill. He managed to buy Whissendine Windmill in 1995. Too few of us ever really realise our dreams. Nigel was determined to be what he has since become: the proprietor of one of England’s few remaining fully operational nineteenth century windmills. For Nigel though, he had to be a very particular miller. Not for him the glistening steel of modern, sterile, equipment, or the link in the chain of creation of mass-produced bread.

Nigel’s views are clear. To preserve our mills, we must stop viewing them solely as objects to be preserved. They must earn their keep.

Outside Whissendine Windmill lies one of the many scale models of a mill that Nigel made as a boy. If you were to conjure up an image of a typical miller, your vision would be of Nigel. The miller, covered from head to toe in a light dusting of organic flour, his blue eyes dancing and shining brightly above a smile, surrounded by his thick beard. 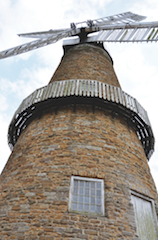