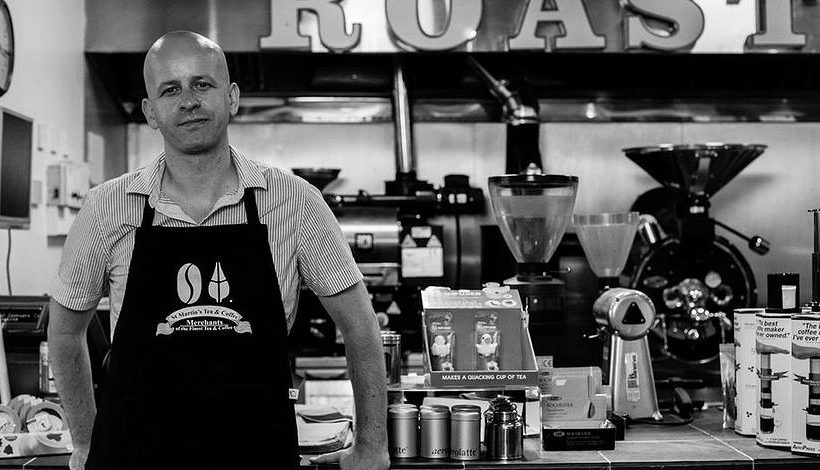 St Martin’s Square in Leicester has struggled somewhat since the Shires grew into Highcross but is fighting back and remains an important element in the city centre’s retail mix. St Martin’s Tea & Coffee, one of the key independent food businesses in Leicester city centre, has refurbished its premises and tweaked its offer to include an expanded coffee business, a new day-time menu and a three-night-a-week evening restaurant.

Last year St Martin’s Tea & Coffee hosted a successful pop-up restaurant run by Chris Elliman – aka Crafty Burger – and now Chris and his partner Andrea have gone into partnership with Andy and Ellie Hall of St Martin’s to take the business further. As a result the coffee roastery, which does a thriving retail and wholesale business, moves upstairs, where there will be dedicated space to run coffee courses and barista training. Room is freed up downstairs for a kitchen refurb, which will enable Chris Elliman to revive Crafty Burger – now called Crafty St Martin’s – on Thursday, Friday and Saturday evenings with its 28-day, dry-aged beef burgers and craft beers from Brummie brewer Purity. 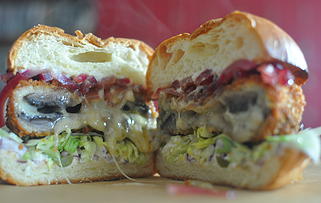 The new arrangements will prompt a step change in the food available at St Martin’s regular daytime café, moving beyond high quality bought-in products. Chris will now be slow-cooking big joints of meat to create the likes of mojo marinated pork shoulder for Cuban sandwiches, along with homemade sausage rolls, salads and relishes such as cucumber ketchup. Chris says he will “champion the best of Leicestershire produce” and can’t wait to get stuck in. Ellie Hall says: “We want to say to Leicester, ‘sure you can go to Highcross and have a standardised meal – or you could come to us, eat something a little bit different and have a great coffee. And guess what – it’ll cost you less’.”

The building was closed for refurb from April 13-17 with the new café menu running from April 18 and Crafty St Martin’s reappearing from May 1.

St Martin’s Tea & Coffee supplies many of the leading cafes and restaurants in the city, with Andy Hall creating new signature blends for many. One such new venue is Northern Cobbler, which brings a tinge of Hoxton hipsterness to the Queens Road area. The space doubles as a showroom for some (very) expensive shoes, and is a neat place to fire up the iPad while enjoying a coffee and a Danish. They are currently grinding a St Martin’s blend of Ethiopian Yirgacheffe and Brazilian Icatu Yellow. At conservative estimate that makes at least six independents brewing up in this little shopping street, along with one national chain – the economic recovery would appear to be a caffeine-fuelled economy. 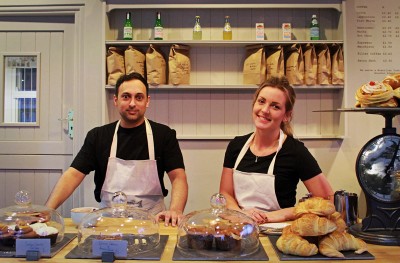 More intriguing news in St Martin’s Square is the closure of Pizza Express, which will be replaced by the American barbecue restaurant Grillstock. The Bristol-based business made its name hosting barbecue and music festivals and this will be its fourth restaurant. It will be interesting to see whether the venue can match both the great flavours and the independent flair of Leicester’s excellent Smokehouse (free craft beer with your GFC card). The core menu is along similar lines – pulled pork, braised brisket, ribs, chicken, ‘slaw and pickles. It is set to open in May.

Leicester’s craft bar scene received a boost with the opening of Brewdog in mid April. Sited on Friar Lane, the new branch is the Scottish company’s 29th Brewdog bar and puts Leicester on a par with Sao Paulo, Barcelona, Helsinki and, erm, Nottingham. There are 20 draught beers on offer, ranging from new-wave IPAs to saisons, lambics, porters and weissbier styles. 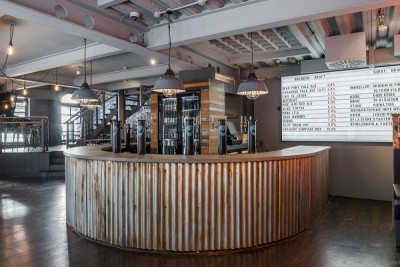