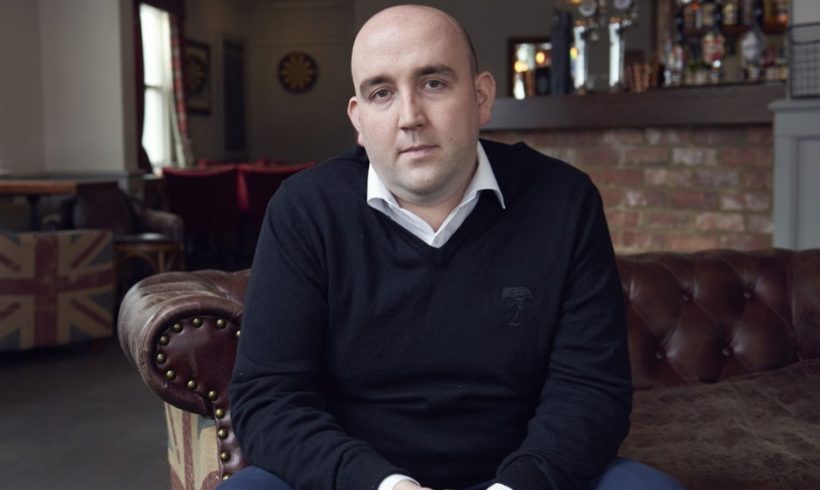 Tom Hewer is one of the leading lights of the Northampton food scene. He is behind Frank’s Hamburger House, Bread & Pullet British tapas restaurant, The Artizan pub, a bakery, various mobile catering projects and a butcher’s. 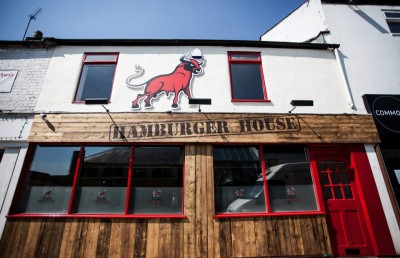 Tom began his career in the food and drink sector at the ripe age of 13. His first job was in his local village pub, helping out front of house and in the kitchen. By the time he had turned 16 he was assistant manager. At 19 he was managing the pub on his own and was soon poached by another pub close by.

Quick to progress, Tom found himself running a pub entirely on his own by 21. After a fast-moving first few years, he recognised that he couldn’t resist taking on new challenges, accepting that he “got bored too easily”.

His next move was to set up his first mobile catering trailer. Initially this was a hog roast trailer serving at high-profile events including Lord’s and Ascot, as well as music festivals. True to the Tom Hewer trend, this soon developed into a series of trailers covering major music festivals and sporting events across the UK. 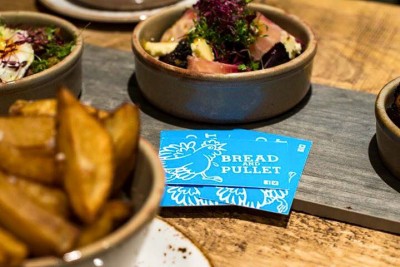 Always one step ahead of the food game, in 2010 Tom became aware of the steakhouse trend taking London by storm. This awareness, coupled with a need for something more stable than seasonal trailer work, led Tom to open his first steakhouse in Northampton.

Well-researched, keen and enthusiastic, Tom took advice about how to cook the very best steak from a friend of his working as a chef at Cartmel’s Michelin-starred restaurant, L’Enclume. Tom was told he had to get a Josper charcoal grill; with a price tag of around £18,000, this wasn’t a decision to be taken lightly. After convincing himself that a Josper was indeed worth the cash, he brought one back to Northampton.

Tom named his first steakhouse ‘Frank’s’ after his son. It was successful, with three- or four-week waiting lists for weekend bookings. Tom was thrilled with the results and soon after took the decision to jump onboard the burger trend and opened a site over the road from the steakhouse, extending his well-known Frank’s brand to include Frank’s Hamburger House.

In parallel, Tom also developed a catering company and won a long-term contract with Freemasons’ Hall in Northampton. The empire continued to grow with the opening of a Frank’s Hamburger House in Billing, as well as the award-winning Artizan pub on Artizan Road, Northampton, and later another branch at The Castle Theatre in Wellingborough. 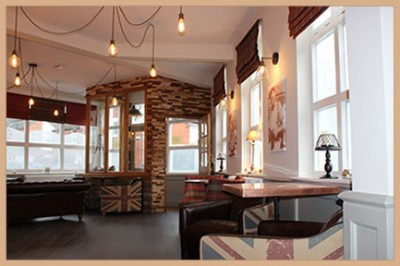 Inside The Artisan, Northampton

An important part of Tom Hewer Enterprise is the decision to only use local suppliers. Tom says: “We only use local suppliers for everything – from carpenters to builders to beers, wines and spirits.” Everything is fresh and produced to the highest standard. To help with this aim, Tom took over the kitchen space at the Royal & Derngate Theatre in Northampton. Here he is able to bake fresh rolls daily, with two full-time bakers. Tom has also set up a home delivery service offering customers freshly prepared fast food.

In addition, Tom opened his own butcher’s shop with Tom White, a local farmer friend of his. WH Thomas Butchers supplies all of his restaurants with fresh and local produce daily.

With each of Tom’s projects going from strength to strength, it would be tempting to keep growing the empire with restaurants that Tom believes will do well, monopolising Northampton. However, in response to this idea, Tom says “most people hate Tesco”, suggesting he does not want to smother the people of Northampton with his ‘Frank’s’ brand.

Late last year Tom decided to close his original steakhouse and to rebrand it as a British tapas restaurant, offering customers something new and fresh while ensuring that he did not tire people of his brand. In December 2015, Bread and Pullet opened, offering customers a modern take on classic British cuisine in a stylish setting.

Asked about his plans for the future, Tom replies “I don’t really plan”, highlighting that if something comes up he is interested in, he goes for it, but that his enterprise has grown organically. This attitude comes across in his honest branding and allows Tom to try out new things. Diversity is key, his mix of pubs, catering, burgers and events allow him to remain interested and to continue to deliver passionate projects.

Stressing the importance of not being afraid of change, Tom says: “If it isn’t working, never be afraid to rebrand it.” For Tom, a big part of business is getting the right people in the right jobs as well as buying the best equipment you can afford, an ethos that clearly works for him.

2016 looks set to be another big year for Tom Hewer Enterprises, with plans to open a new butcher’s in Wellingborough, deliver the mobile catering contract for Wembley Way, and continue to grow his Frank’s Hamburger House brand. As he says: “The more you do, the more people are interested in what you are doing. They build trust in you.”

This is a man with a dedicated passion for his ventures and a clear talent for predicting the latest food trends. If you’re in Northampton or the surrounding area, be sure to keep your eye on his empire – as plans or no plans, Tom is likely to pull something out of the bag well ahead of anyone else.

Mel is a journalist living in Northamptonshire