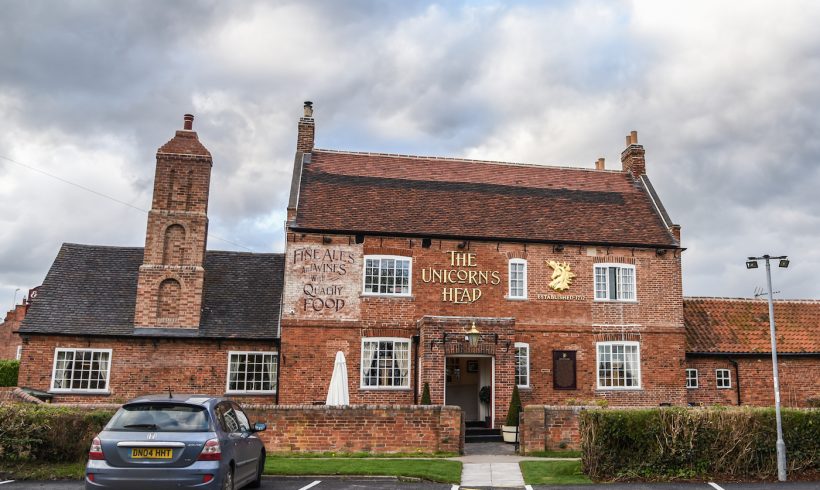 The Unicorn’s Head rises from the ashes

The Unicorn’s Head rides again! But as restorations go, it deserves a medal. Or at the very least a visit from Kevin McCloud or George Clarke. Before re-opening on April 1, 2017 – well over a year since it closed – the Unicorn’s Head at Langar, Nottinghamshire, has needed 40 tonnes of goats’-hair-infused lime plaster, £37,000 of oak, countless pieces of historically accurate wooden dowelling and incredible reserves of patience. 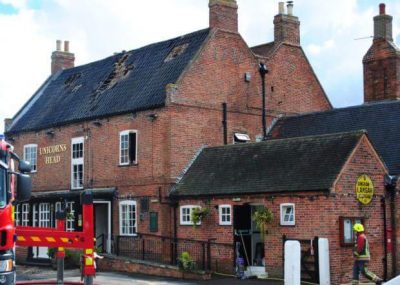 At 4.30am on September 1, 2015, a small fire broke out on the first floor of the 17th century Grade II-listed pub. Fifteen minutes later, flames engulfed much of the upper levels as ancient building materials combusted like straw. Hell, most of it probably was straw. Luckily, the pub’s business owners, Jez and Beth Ievins, heard the fire alarm and got themselves out in the nick of time. 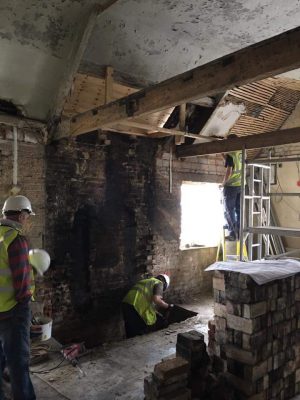 “I woke up and saw white smoke on the landing and couldn’t quite grasp what was going on,” says Jez. “At first I thought I’d left a window open and fog had got in. But then it clicked and we called the fire brigade who told us to get out. Fast. Apparently if we hadn’t woken up we’d have passed out from smoke inhalation within minutes.”

The fire brigade took around five hours to douse the fire and by the time they’d finished, the ground floor was ankle deep in water. It was clear the pub would be out of action for some time, but no-one could have predicted just how long and winding a journey everyone involved would have to endure before another pint or pizza could be served inside The Unicorn’s Head.

Darren Butler of Taylor Pearson Construction, which has led the restoration, takes up the story: “Stripping the building back after the fire revealed lots of serious problems. In the end we had to take the whole roof off, take the entire front wall down and, at Christmas 2015, literally strap the building together so it didn’t come apart.” 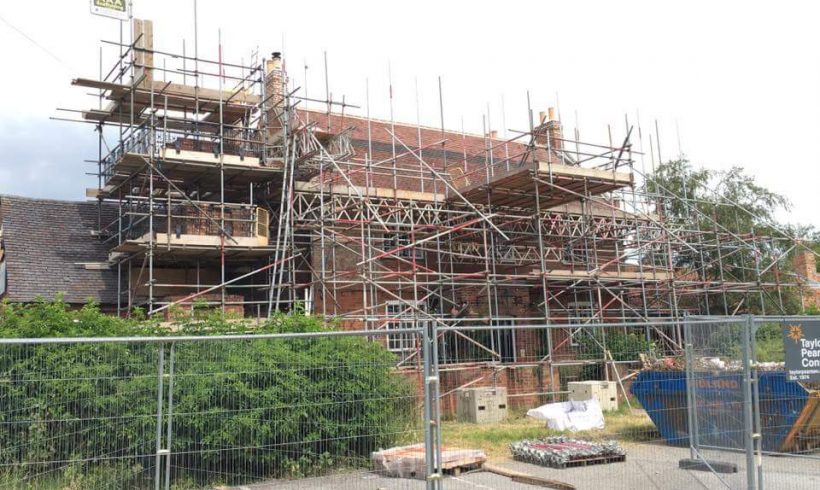 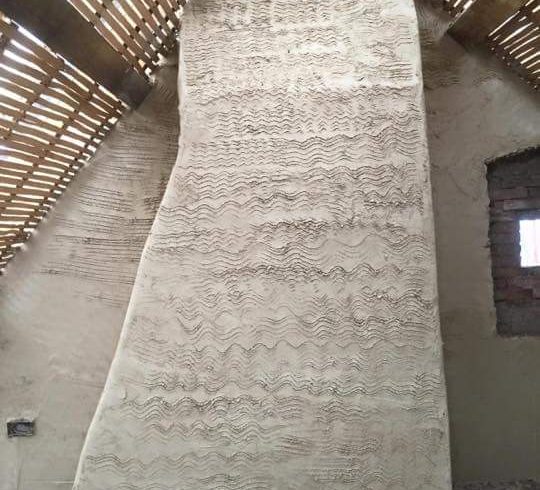 An important part of the job was to rebuild the pub’s old brewery chimney, which had to be done brick by brick – 5,000 of them. No nails could be used in the roof due to the building’s listed status, meaning wooden dowels had to be used. And – extraordinarily – the construction team had to remove the centuries-old plaster from the walls with care due to the potential threat of anthrax contained by old animal hair used in the ancient materials. 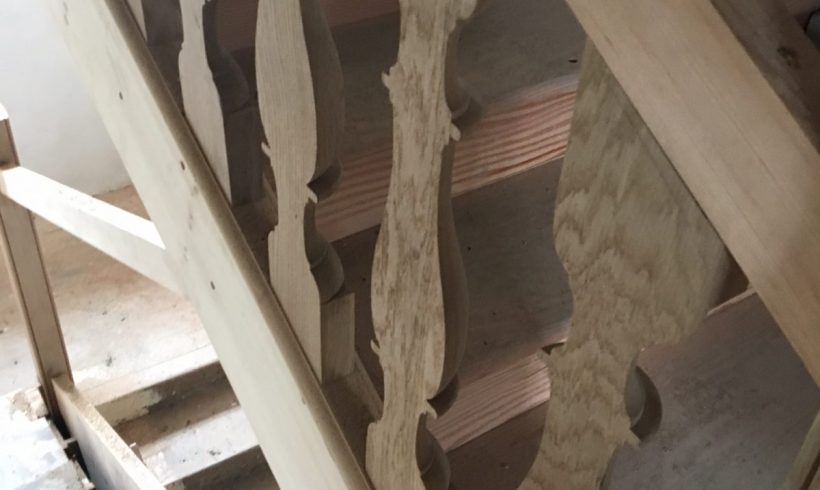 “To say it’s been a testing time is an understatement,” says Jez, “but Everards Brewery who own the pub have supported us brilliantly and on April 1, 2017, we finally opened again!” 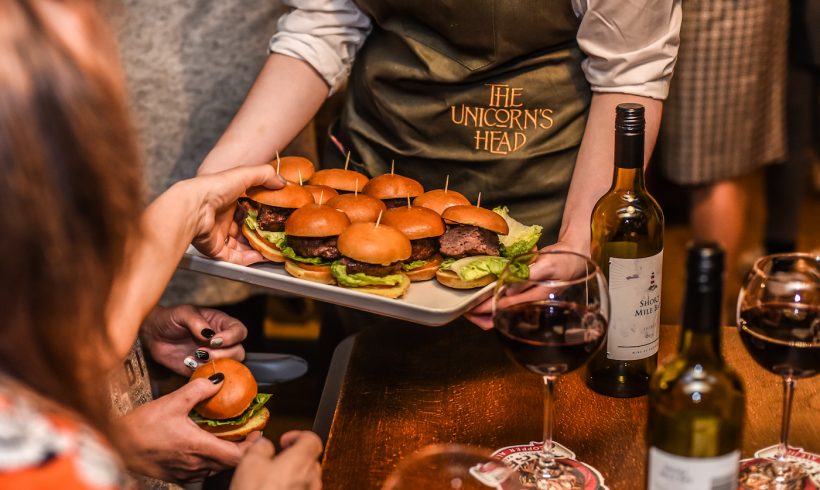 And the new Unicorn’s Head is the pub equivalent of the Six Million Dollar Man – stronger, maybe not faster, but definitely better. “We’ve added a covered courtyard and decking to the rear for al fresco dining,” explains Jez. “And we’ve put in an open kitchen with grill and pizza oven. I’ve got some great ideas for the new menu too, including these amazing ‘hanging’ kebabs, and desserts that I spotted at The Botanist pub in Leeds.” 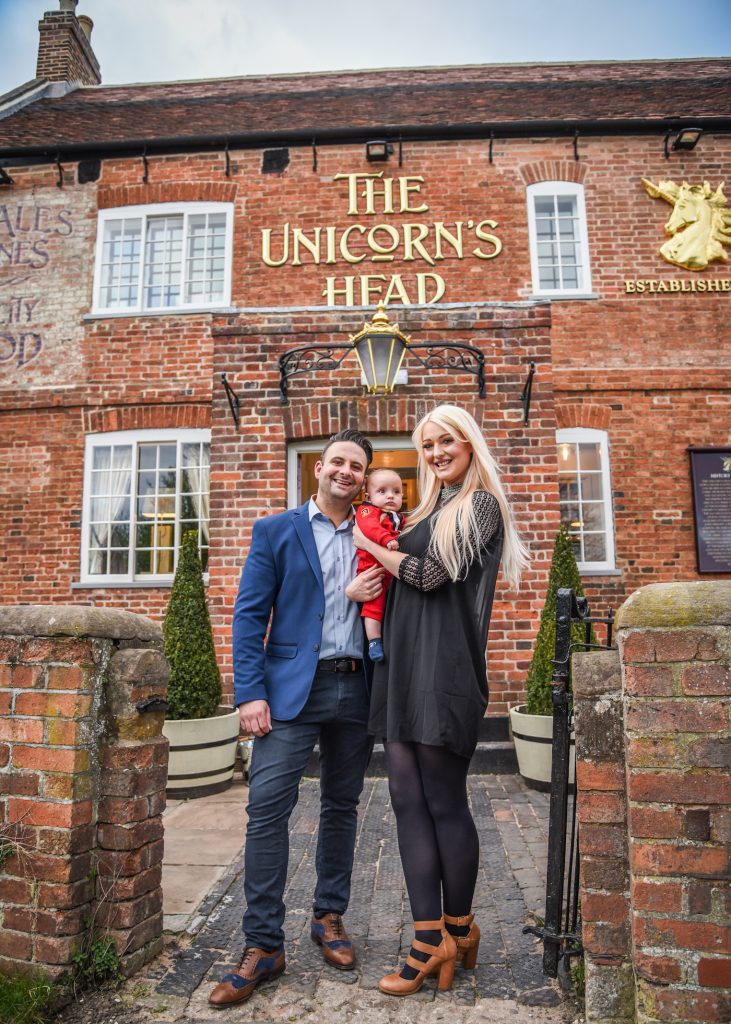 Those new dishes will be served in a 17th century pub that nearly met a sticky end in September 2015 but which now has been restored to such a high level that it will surely grace the pretty village of Langar for at least another 300 years. 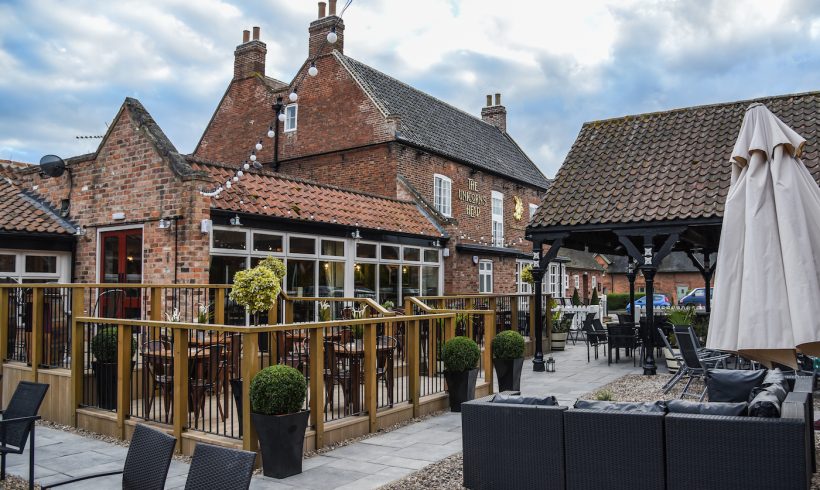