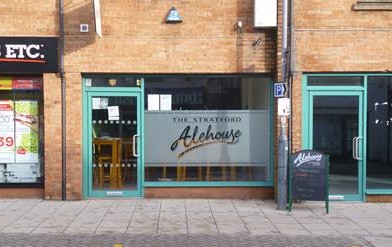 We reveal our Pub of the Month for May

Against fierce competition, this month’s Pub of the Month winner is The Stratford Alehouse (pictured left) in Stratford-upon-Avon. This little gem is bucking the trend against high prices. With arguably the highest rent of any micropub in the country, prices are still around £3 a pint in this former health shop, which was crackling with atmosphere on the Saturday night I visited.

Bereft of any music or fruit machines, it was packed full of the most eclectic mix of people I have seen in any micropub. Theatre-goers mingled with clubbers and locals alike, all drinking ale served straight from the cask.

Owner Bill O’Brien confirmed that running it is a labour of love as he “doesn’t expect to be a millionaire”, but any pub that has a closing time dictated by punters (it says “8 or later” on the door and this is correct!) is worth its weight in gold! A top class pint of XT 1 Blonde was expertly kept and the volume of people drinking would suggest Bill’s beer is always top drawer.

Pint of the Month
This month’s Pint of the Month is Blue Monkey’s BG Sips. Nottingham-based Blue Monkey Brewery produces a big selection but BG Sips is so quaffable that it really is a must-taste ale. Described as “a pale and intensely hoppy beer with enticing tropical fruit aromas” I can concur that it is incredibly enticing. Big thumbs up to The Organ Grinder in Nottingham for keeping it so well. 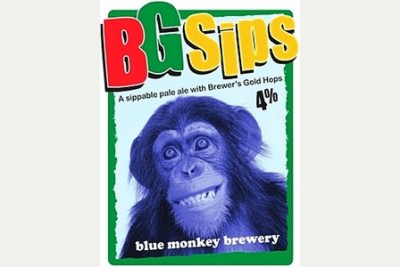 Arise Sir John of Nottingham
It’s good to see that the belting Lincoln Green Brewing Co of Hucknall is taking over its second boozer in Nottinghamshire. The Sir John Borlase Warren at Canning Circus, Nottingham (owned by Everards), is being revamped on the week commencing May 11, 2015. With Lincoln Green’s first pub – The Robin Hood (AND) Little John – being named Nottingham CAMRA’s Pub of the Year for 2015, The Sir John promises to be a great addition. 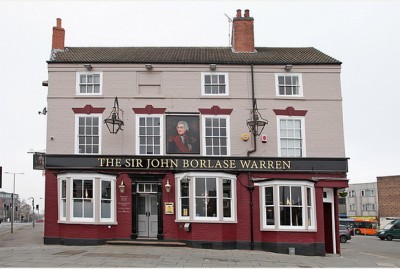 The Coopers Arms, Weston-on-Trent
In GFC’s quest to find independent food and drink, what could be better than a freehouse that makes its own pork scratchings? Step forward The Coopers Arms in Weston-on-Trent, Derbyshire. Not only does it have its own ‘Coopers Ale’ brewed by the excellent Leatherbritches Brewery, it also offers scratchings – homemade using local Hartshorne pork – for only £1.50 and served in a tin foil tray – virtually a full meal on its own! Sitting within the grounds of a 17th century mansion house, this pub is definitely setting the standard! 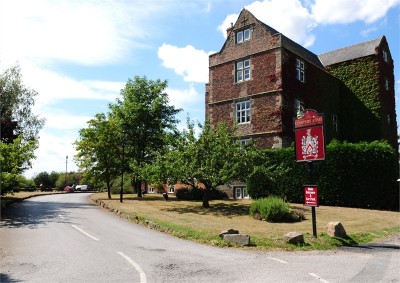 Newark Beer Festival – The Event in the Tent by the Trent! – takes place at Riverside Park (NG24 1BG) from Friday May 22 to Sunday May 24.

Banbury is offering a three-day festival from May 7-9 at the TA Centre (OX16 9AN).

Finally, if you are looking for something a little different then why not try the Seventh Annual Beer Festival of the 24th Nottingham (Cavendish) Scout Group!? It takes place at Blackwoods Scout Hut, 477 Hucknall Rd, Sherwood, NG5 1FW on Saturday May 16 (12-11pm).