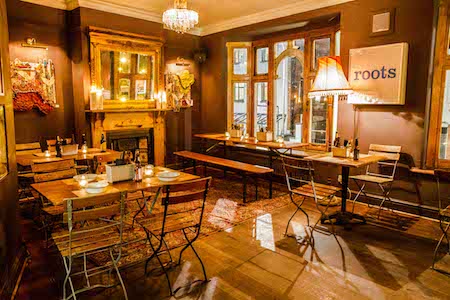 Why Leicester’s O Bar is smokin’

The O Bar on Braunstone Gate is probably best known for its late-night cocktails and trendy arty types, but now they are offering something different with their Smokehouse restaurant – resident upstairs.

I reviewed the Smokehouse when it first opened in November 2013 as a four-week-only pop up. I was so impressed that we returned within the week for round two. Clearly the Smokehouse made a good impression on others too, as it’s back and better than ever (yes, I have already been back since they reopened last month).

Serving American-style soul food, the Smokehouse is all about ribs, 14-hour pulled pork and 12-hour brisket, all smoked on an authentic smoker imported from the States. Sides like mac and cheese, the world’s best creamy mash (in my humble opinion), BBQ beans with burnt ends and fennel jalapeno ‘slaw complement the meat feast perfectly. Attention to detail is second to none, from the pickled vegetables that cut through the smoky meat to the BBQ sauce served on the tables. The mac and cheese, although small, is fantastic – creamy and rich with a crunchy top. 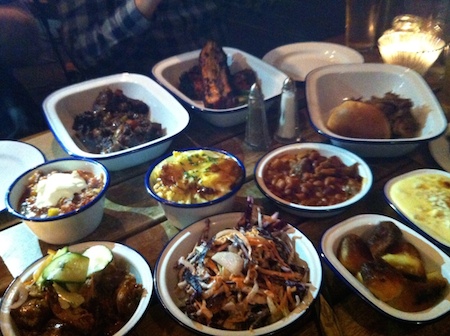 When I reviewed it first time around, I caught up with chef Liam Watson to find out more.

Whose idea was it to bring the grill to The O Bar?

“It was a combination of two ideas really. The owners of the business had the idea to launch a pop-up restaurant in O Bar. They knew it had to be something fun and unique to the West End area of Leicester, worth a trip outside of the city centre. That’s when they approached me to see what was possible. I pitched the idea of the Smokehouse and we were off and running.”

What is your favourite thing to smoke?

“As a self-confessed carnivore, I love the ribs. We buy them in their whole racks, marinade them overnight in dry rub before leaving them in the smoker for at least seven hours. The final result is truly special and unique in Leicester. But at the same time I love that by experimenting with the smoker we have found how well vegetables take on the smokey flavour – tomatoes and fennel with their high acidity, for example. As a chef, it’s fun to find things like this and get them on the menu – bits that people wouldn’t necessarily expect when they arrive but leave still thinking about.”

How did you come up with the menu? Have you picked things you have eaten yourself or is it more of an experiment?

“It’s a combination of all of the above. We’ve taken inspiration from amazing restaurants like Pitt Cue in London, their style showed we could have the smoker, serve ribs and pulled pork, but with our own creative edge. Reading reviews, recipe books and everything else we could find helped get more ideas and assess what people would want to see on the menu. When it came to experimenting, that was when we started to fine-tune the menu and get the balance of our style of smoked food with the American classics we wanted from the very beginning.”

I would recommend ordering a selection from the menu rather than a dish and just share everything. Prices are very reasonable with mains (Big Smokes) priced at £11.50 and all the sides under £5 too. In a dark, casual and atmospheric environment, diners can expect big portions of hearty, delicious food served on tin plates with mismatched cutlery and paper napkins. But that all just adds to the character.

The Smokehouse is open Tuesday to Saturday. Find out more and book on their Facebook page.
__________ 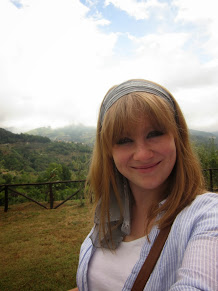 Gingey Bites (above) is a Midlands-based food blogger. Read her blog here.