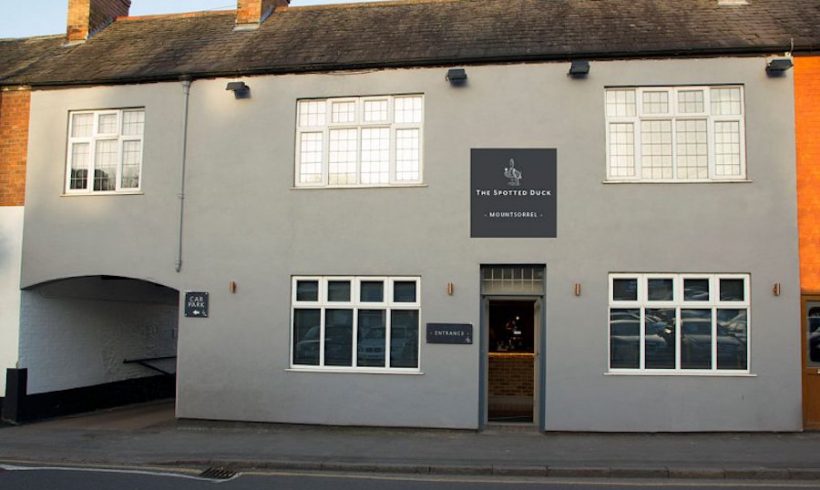 The Spotted Duck in Mountsorrel doesn’t look much from the road. In fact, given the reputation of the restaurant that was here previously, I wouldn’t be surprised if most of the village’s residents have neither heard nor are bothered that a new place has opened.

It seems odd but thrilling to me (as a Mountsorrel girl) that this seemingly normal and actually quite boring village in Leicestershire is home to John’s House (the county’s only Michelin starred restaurant) and now The Spotted Duck, a mean contender for a second. It feels exciting and I’m proud to call this village my family home.

I ate at the Spotted Duck a few weeks ago with my mum and stepfather. We had heard that the food was good but until we took our first mouthful, we didn’t know just how good!

Inside, the Spotted Duck is a calm retreat, decorated in soft greys, quarry stone and brick. The service is slick and understated, with John’s House’s previous maitre d’ at the helm. The menu is a la carte menu features seasonal British ingredients. There is a smaller, cheaper market menu available midweek, too.

To start, I opted for wood pigeon: breast and leg served alongside new-season garlic (in a cream sauce), onion and fried mushrooms. The flavours paired perfectly and the presentation was stunning. As pretty as any Michelin-starred meal I’ve eaten before. 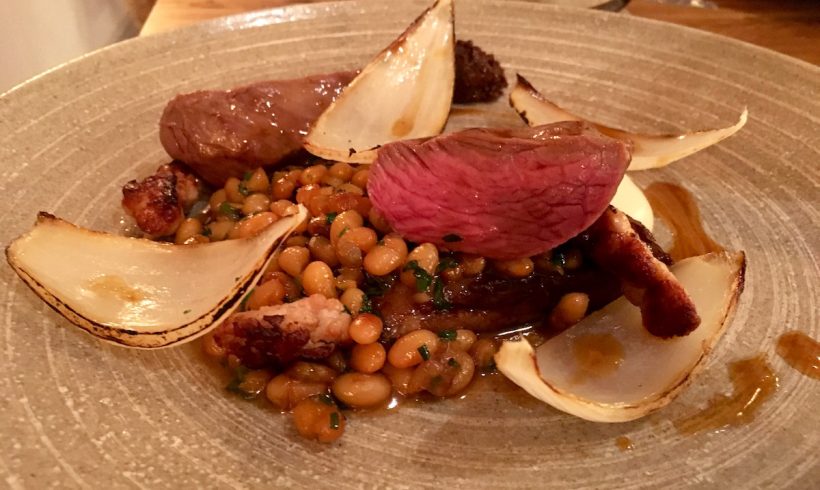 For my main, I had tenderloin of pork with pickled cabbage, garlic sausage, black pudding and parsnip puree. The garlic sausage was the star, although the tenderloin came close, cooked bravely – slightly pink and very moist. Probably the winning dish though, was my stepfather’s. He had the lamb rump, which came with cured lamb belly, onion and braised haricot beans. The lamb was sensational (from the small piece I was allowed to try) and my stepfather was raving about the belly. Sadly I didn’t get to try that!

After poussin and lobster, my mum was too stuffed for dessert but we powered through and went for a Yorkshire rhubarb & pistachio cake for me and beef suet sticky toffee pudding for my stepfather. Both were incredible. The pistachio cake was a soft, moist sponge with an almost marzipan taste to it and the rhubarb was so tender you could slice it through with a spoon.

The sticky toffee pudding had us salivating before the bowl hit the table. As our waiter brought it over we all remarked on the glorious bonfire toffee smell wafting towards us. The pudding itself was impressive too and a highlight to finish on! 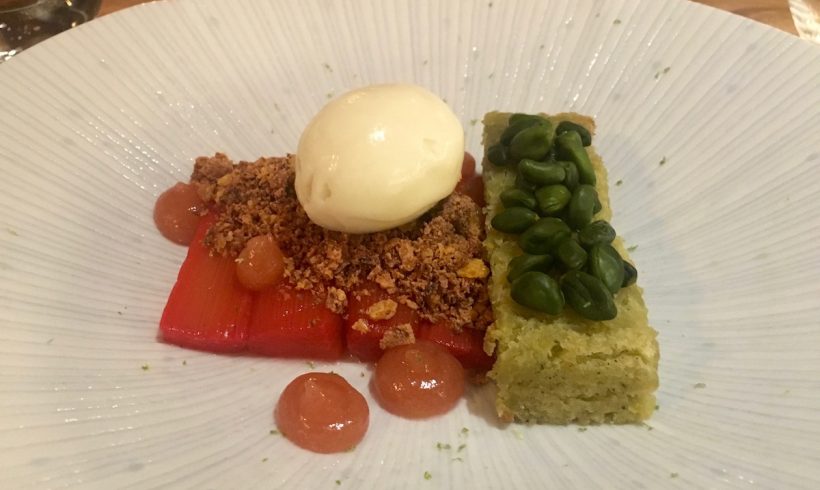 Mountsorrel could become the next Bray! Watch this space…